Skip to content
Sunrise Specialty » When Was the Sauna Invented? 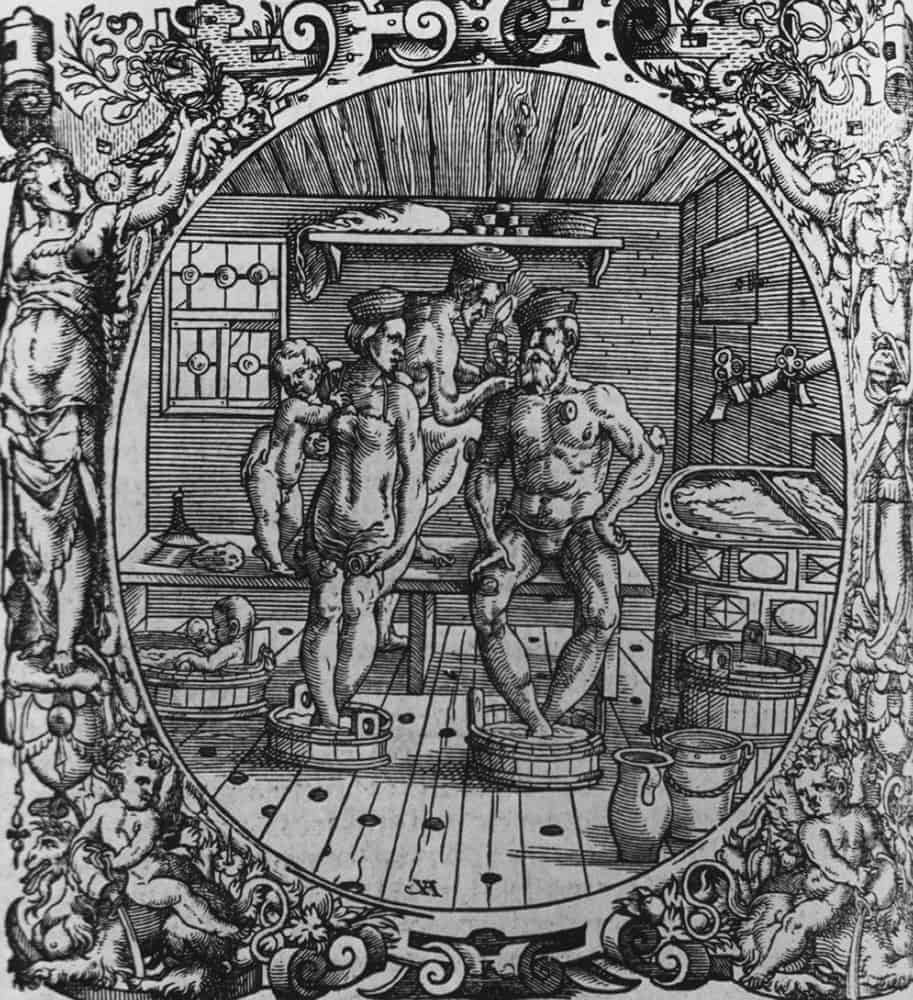 Relaxing and healing in a hot, woodsy-scented sauna is an enjoyable experience. Nobody can dispute its positive impact on the overall physical and mental health. Yet, saunas in the past weren’t like their modern counterparts. Old bathhouses were in the ground and protected people from the cold.

Which nation takes the credit for inventing this body and mind-cleansing miracle? When did heat treatments appear, and with what purpose? Below, you will find a summary of the development of sauna through the ages and its multiple health benefits.

Development Of Saunas Through Time 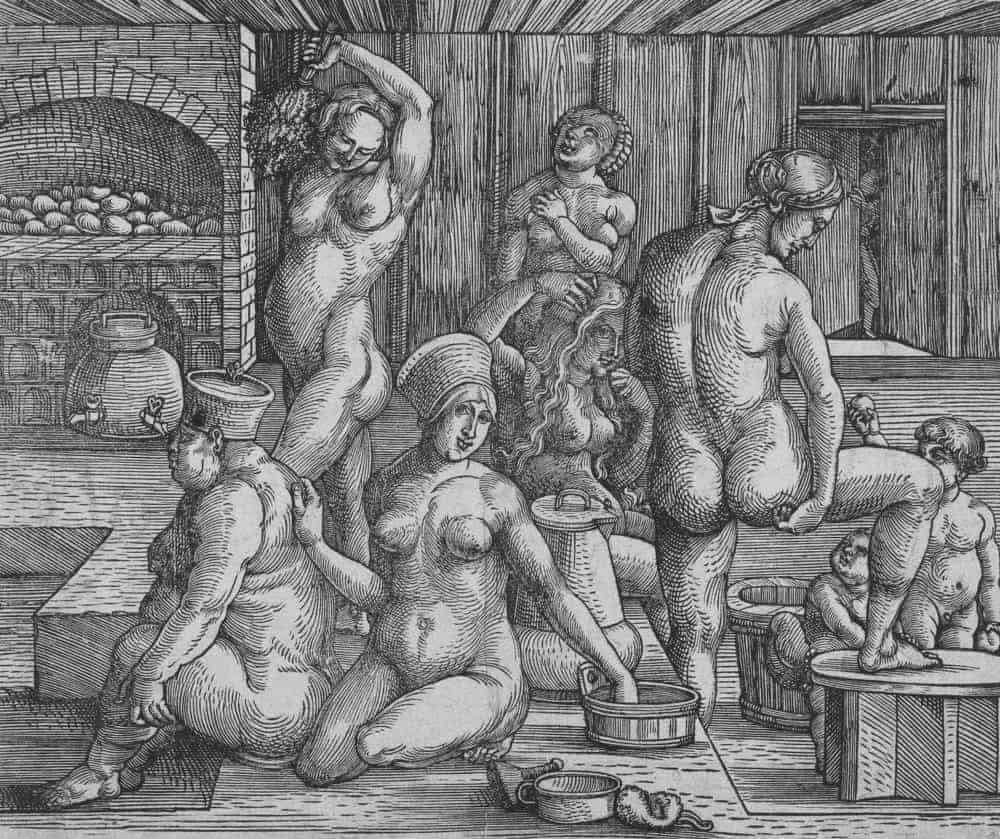 Although many people believe saunas come from Finland, the notion dates back to the Stone Age. However, the word “sauna” means something like “wooden room” in Finnish.

Nobody knows for sure where the first saunas stood. Many believe the tradition originated in northern Europe around 2,000 BC. Soon after, it became an essential part of cultural life in Finland, Estonia, Latvia, and Russia. Let’s take a brief look at the timeline of saunas.

The first steam baths were in the ground or caves. These shelters wrapped with animal skins had a fire burning under a pile of stones. Once the fire went out, the heated spot continued to warm the cave during the night. People and animals could bask in the steam rising from the rocks poured with water.

Early saunas were living places, washrooms, kitchens, and hospitals. Both birth and death got celebrated there far from the grip of harsh winters. As a result, saunas developed distinct traditions and often became holy places.

Archaeologists have come across reliable evidence of saunas across the ancient world. Though with different names, the similarities between European saunas, Chinese bathhouses, and Native American sweat lodges are remarkable.

In northern Europe, sauna caves became dwelling places, and traditions continued. People used to fill the room with smoke before ventilating it and beat each other with birch branches. Later on, sauna culture-inspired bathhouses mushroomed across the Islamic world and East Asia.

For a long time, bathhouses were an integral part of daily life. Suddenly, the tradition stopped, and the villain may be easy to spot. Many believe the victory of reason, science, and personal liberty shaded divine authorities. Superstitious bathing techniques became part of the old order and out of fashion.

With the industrial revolution in northern Europe, people added chimneys to saunas. As a result, heating with wood was faster and with long-lasting effects even after people entered. Today, wood-fired saunas seem to be the authentic ones though smoke ones without chimneys are still popular.

The first electric sauna appeared in Finland and replaced its wood-fired predecessor. More people could experience the benefits of this public leisure activity, although with an inferior form of heat. Thanks to electricity, saunas can now easily be installed inside spas, gyms, and hotels.

As the Finns migrated, they took sauna designs and traditions with them. Thanks to Finnish and Swedish immigrants, the first sauna emerged in North America. In the first half of the 20th century, sauna bathing exploded throughout the US.

Companies such as Finnleo, Metos Sauna, and Helo Sauna quickly capitalized on the potential of this industry. A bit later, the demand for specialized, custom saunas skyrocketed.

As a result, many households could afford an in-home sauna. Though you may think this is a luxurious venture, saunas are relatively inexpensive. The average monthly cost to run a sauna three times a week ranges from $2 to $6.

Many Cultures: One Intention

Regardless of culture, location, or time in history, humanity has used heat for therapeutic purposes and relaxation. It’s astonishing to see how different societies adopted the trend and how it affected their daily lives.

Greek and Roman bathhouses paved the way for contemporary spas. These communities used hot spring baths and steam rooms to purify the body through intense sweating. The ritual also evolved into a social meeting place for rulers, politicians, and merchants.

In Turkey, Hammams were bathhouses in ornate buildings for spiritual and social gatherings. Their popularity boomed during the Ottoman Empire and spread to the entire Islamic world.

Hammams were complex and contained hot air sessions, hotter dry rooms, and cold water purification. Like in modern spas, massage was available and other treatments to purify, relax and beautify the body.

Egypt has a long tradition of heat therapy for people with tumors and infections. Egyptians used heat to treat specific body regions and the whole body with hot springs and steam rooms.

Russia is also a country steeped in thermal therapy. Russians have used saunas to stimulate sweating, followed by exposing the body to freezing temperatures. Similarly, Indian medicine has incorporated heat therapy in its healing techniques using a hot stone massage.

Herbal sauna therapy is the prevalent type in Laos. These herbal sanctuaries help women to heal faster after childbirth.

Finally, a Jjimjilbang is a Korean bathhouse with traditional Korean Kiln saunas. Besides hot springs, saunas, and massage, these bathhouses feature therapeutic spaces with heated floors for deep healing.

No matter your location and which sauna you prefer, you are continuing a long-lived tradition. Saunas originate from ancient times as a story interwoven with the fate and fortunes of the people who visited them.

Saunas have never been walls and rooms only. Besides being a place for relaxation and mingling, these miracles have numerous benefits for your health, too.

Enough reasons to visit your closest spa center? Or perhaps you’re already a fan of saunas and relish basking in the steam? Please, share your thoughts in the comments below, and keep visiting our page for more insight. 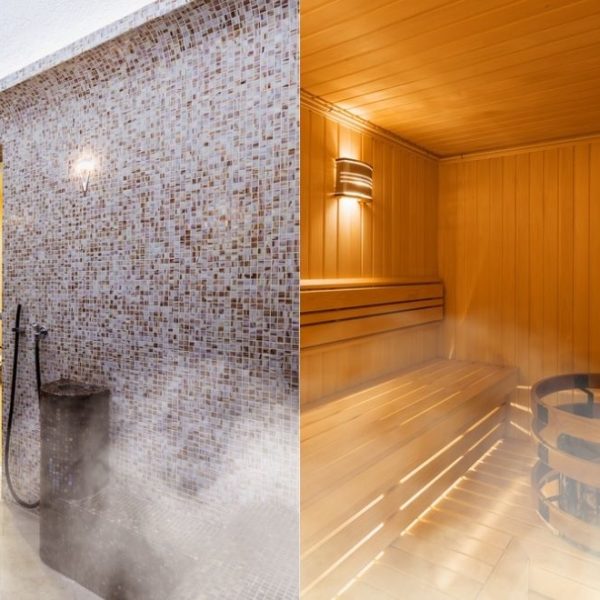