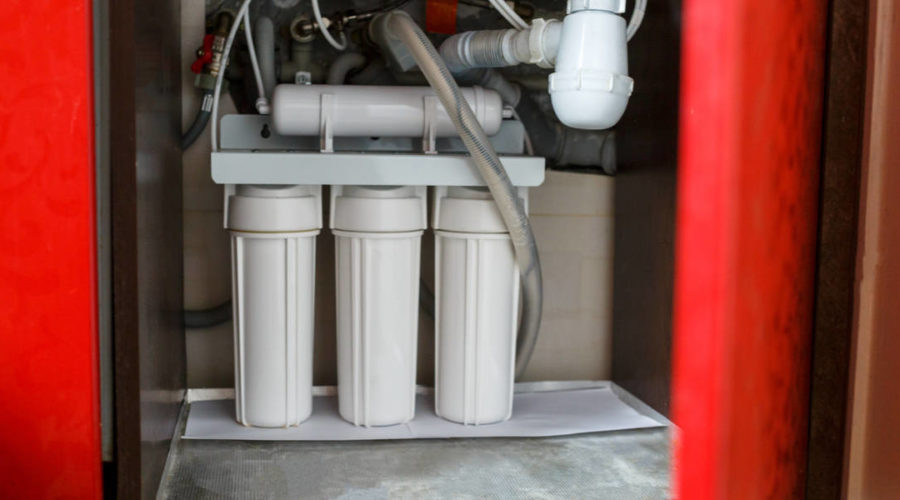 There’s been a lot of interest in the issue of hormones in drinking water. Opinions are divided on whether current levels are a concern for health.

But with excess estrogen linked to issues ranging from infertility to cancer, it’s not surprising that efforts are underway to reduce exposure.

So what should you do if you’re concerned? Here are five top tips for removing estrogen from water.

Removing estrogen from tap water is difficult because it’s usually present in only very small quantities. That means finding it is like searching for a needle in a haystack.

As a result, standard filtration techniques can have a limited effect. The scientific evidence does, though, suggest that a reverse osmosis system can help.

So what is it?

Imagine a bowl with a fine mesh dividing it into two halves. Now imagine a cup of water into which three teaspoons of salt have been added. And the second cup of water, the same size, with a teaspoon of salt mixed in.

Imagine pouring the water into the bowl – one cup of water on either side of the mesh. You now have a bowl with very salty water on one side, and much less salty water on the other.

Over time, the salt molecules will pass through the mesh from the saltier to the less salty side. Eventually, the water on both sides of the mesh will be equally salty. That’s osmosis.

In reverse osmosis, the pressure is applied so that the flow of particles is reversed. In other words, the saltier water in our mental experiment would get even saltier. And the less salty water would be purified. This Youtube video from SAWaterCorp shows how it works in a desalination plant.

Reverse osmosis is often used in industrial processes, but it’s possible to buy domestic systems too. These can be installed in the form of an under sink water filter, providing purified water from a separate tap.

But make sure that you look for two important features: your system should include re-mineralizing and re-alkalizing media. That’s because reverse osmosis can make water more acidic. That’s not good news for anyone with a sensitive stomach.

And because the process is so powerful, it can also strip beneficial minerals like calcium and fluoride from your water.  Even worse, when you drink it, it can actually draw in minerals from your body. The issue is easily fixed by systems that re-mineralize the water after the process.

Express Water’s reverse osmosis system is a good option. It produces alkaline water and remineralizes it before it reaches the tap.

Finally, bear in mind that an RO system generates a lot of waste water. Use it only for water you’ll be drinking or cooking with. 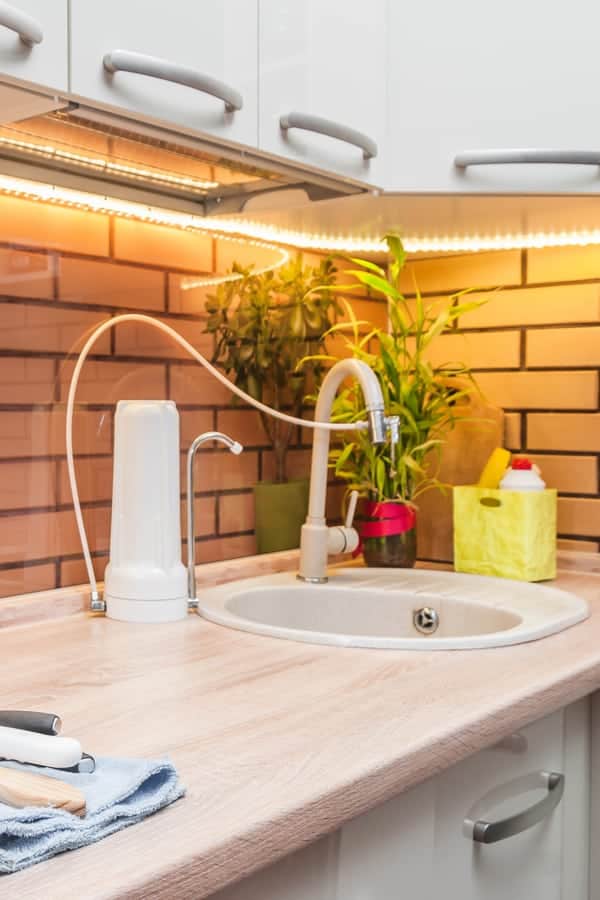 Reverse osmosis systems are very effective, but they’re also expensive. And replacing the filters is costly too. If you’re looking for a more economical solution, a countertop water filter could be worth considering.

Most countertop filters will make use of activated carbon. This has been shown to be effective in binding together estrogen molecules, allowing them to be more easily trapped. And that makes it easier to remove them your drinking water.

Most municipal water treatment plants will already make extensive use of activated carbon in the form of charcoal. If you’re in a country with good drinking water standards, your tap water will probably already have been filtered through several feet of charcoal.

And remember that levels of estrogen in drinking water are very low. It’s likely that by the time the water gets to your tap, there aren’t many molecules to bind together.

So be realistic about what a countertop water filter can achieve. There’s no reliable data on the extent to which they reduce estrogen in tap water. But the science here is constantly evolving.

And more to the point, a good countertop filter with activated carbon can reduce other impurities. It’s a particularly good choice if you don’t like the taste of the chlorine added to tap water. The carbon will suck out the chlorine and remove the flavor.

It will also remove other nasties like asbestos, mercury, lead, and volatile organic compounds. Arsenic, fluoride, perchlorate, and nitrate won’t be affected though. So if you’re worried about any of those, choose a filter that uses other media alongside the carbon.

3. Use a reverse osmosis system alongside an activated carbon filter

If you want to do everything possible to reduce estrogen in your water, consider the belt and braces approach. Install a reverse osmosis system, and use it alongside a filter with activated carbon.

The simplest way to do that at home is to install an under sink reverse osmosis system, then invest in a second filter. There are lots of different options when it comes to filters using activated carbon. One of the most straightforward is a water filter pitcher.

Just place it under the tap from your reverse osmosis system to provide another stage of filtration. Look out for options made of glass or stainless steel. Plastics can leach into the water and undo all your good work.

Which brings us on to our next top tip… 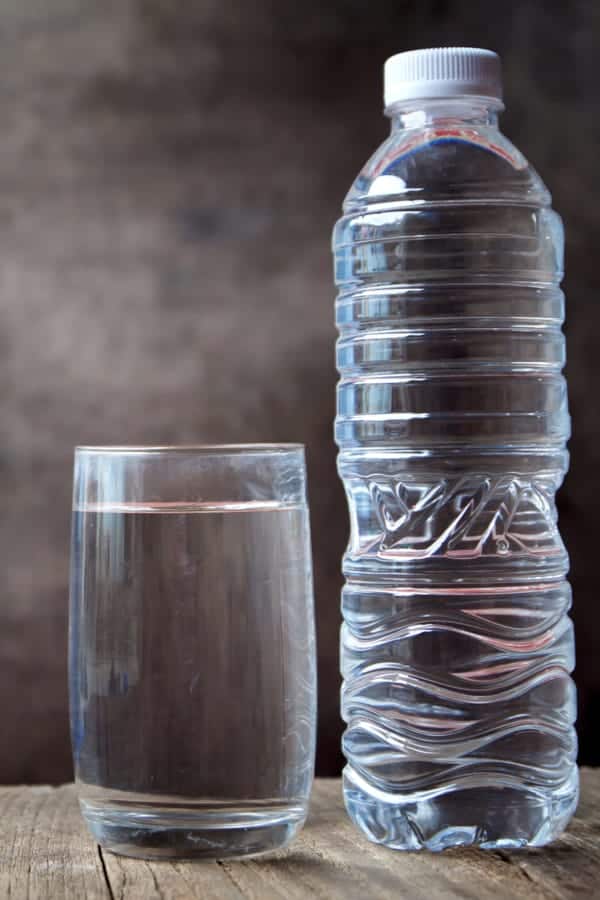 If it’s difficult to remove estrogen from water, at least avoid adding it in!

While we often think of bottled water as being healthier than tap water, that isn’t always the case. Plastic bottles can leach chemicals into water. And bottles containing bisphenol-A, known as BPA, have been singled out as a particular problem.

BPA leaching into water actually mimics estrogen and can interfere with the balance of hormones in the body. And although the research isn’t conclusive, it’s possible the concentrations may be higher than in standard tap water.

There are now lots of BPA-free bottles on the market. If you must have bottled water, check the packaging before you make your choice.

But be cautious. Although it’s BPA that’s made the headlines, research on other plastics is less well advanced. Some that are BPA-free may contain other compounds that are just as damaging. And there’s some evidence to suggest they can actually be worse.

And remember too that plastics are having a major impact on the health of our planet. With good home filtration systems available, the best option is to stay away from water in plastic bottles.

Think about what you can do to reduce the levels of hormones in water in the first place. And before you think this is all about contraceptive pills – it isn’t!

Despite press coverage in the early 2010s, the pill isn’t the only – or even the main – culprit behind estrogen in water. And although it’s true that the urine of women taking it contains estrogen, wastewater plants remove most of that.

There are, in fact, lots of different types of estrogen, and it comes from different sources. The main synthetic estrogen used in the contraceptive pill, EE2, is less concentrated in water than natural estrogen.

Men, women and children all have estrogen in their urine. Soy and dairy products contain it too. And animal manure is a rich source. One study found that it accounts for 90 percent of all estrogen in the environment.

Of course, not all estrogen in manure ends up in the water. But even if just one percent of it did, the results would be dramatic. It would be enough to account for 15 percent of estrogen in the world’s water supply.

So what can we do about any of this?

Eating less meat can help. And look for organic options, where livestock won’t have been fed hormones. Organic vegetables – fertilized with hormone-free manure – are good too.

Don’t flush unwanted medication down the toilet or sink. Bin it instead. Most modern landfills are lined to prevent contamination of the soil.

And like BPA, parabens in toiletries can get into the water supply and mimic estrogen. Check ingredients for words ending in “paraben” and avoid them if you can.

That brings us to the end of our top tips to remove estrogen from water. It isn’t easy, and research into how to do it is still underway. But we hope our list has given you some ideas about how to get the purest possible tap water.

And with the jury still out on safe levels of estrogen, we can all do our part. Eating organic food and reducing our use of plastics and parabens can help protect the world’s water supply. If everyone takes small actions, together we can have a big effect.

If you’ve enjoyed this article, please share it. And if you have views about removing estrogen from drinking water, comment and let us know. We’d love to hear what you think. 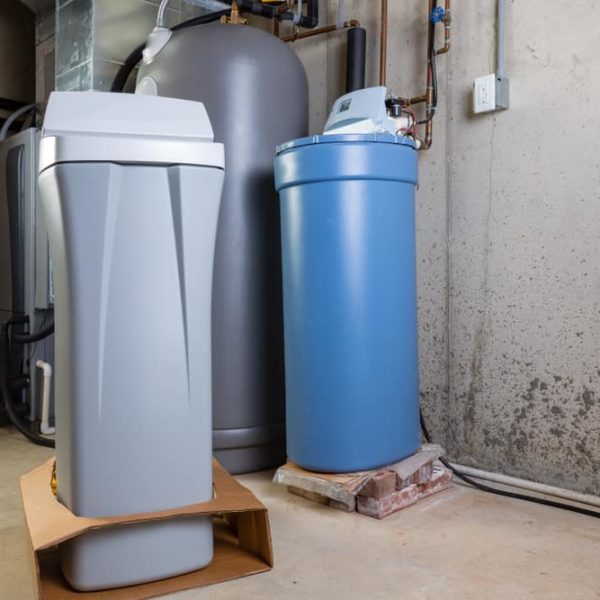 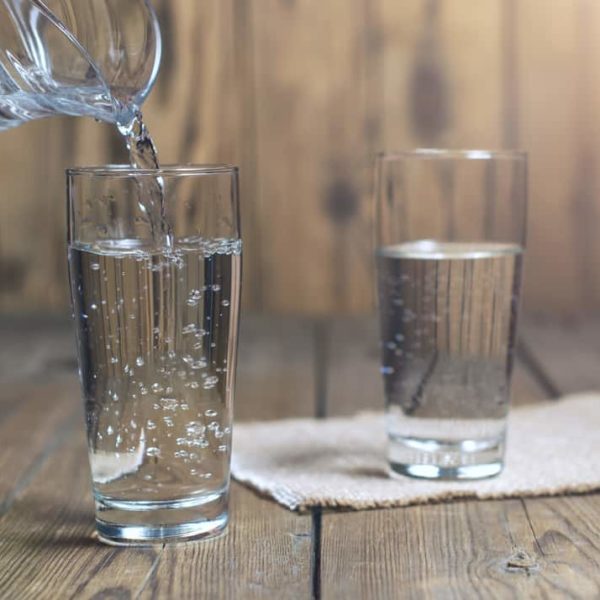 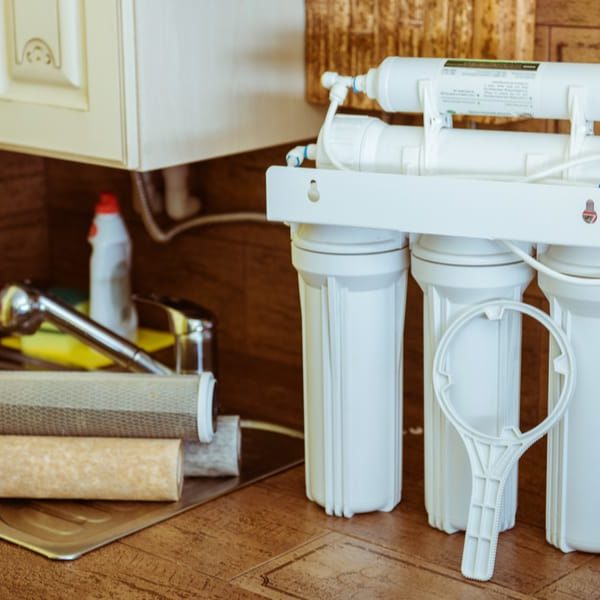 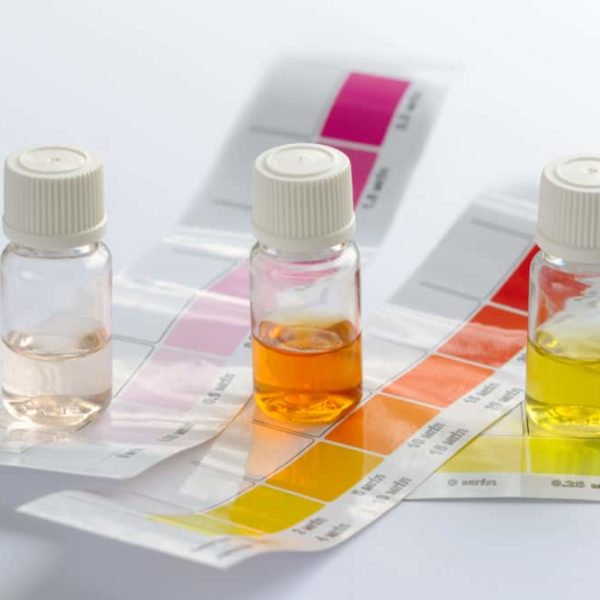