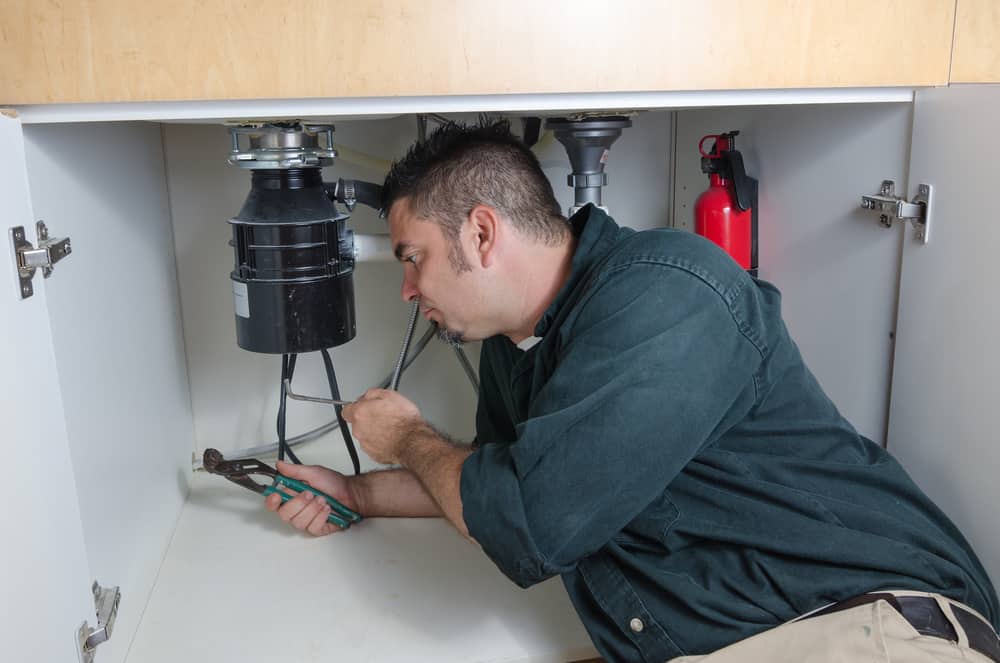 If you’re having trouble with your garbage disposal, there’s a neat little trick you need to know that will help to get it started again, and it comes in the shape of a little red reset button found at the bottom of the unit.

In this post, we’ll tell you where to look for the button and how to use it as well as talking about the kind of situation when it might come in useful as we address the question of how to reset a garbage disposal.

The simple answer – how to reset a garbage disposal

If the button has popped out, just press it in to reset it. That’s it. That’s all you need to do.

But now let’s go into more detail about when and why you need to use the little red button – and we can also look at a few tips for troubleshooting your garbage disposal at the same time.

Why do you need to reset a garbage disposal?

You can think of a garbage disposal as being a little bit like an electrical circuit with a circuit breaker.

When there’s a problem with an electric circuit – perhaps it gets overloaded or an appliance burns out – the circuit breaker trips to prevent a fire from starting or anything else untoward from happening.

Similarly, garbage disposals are made in such a way that when there is a problem – for example, if something gets stuck in the disposal – the red button pops out and the system stops working to protect it from further damage.

When this happens, you need to work out what caused the button to pop out and fix it – and once you resolve the problem, pressing the reset button will get things going again.

However, if you don’t resolve the problem before resetting the garbage disposal, the button will just pop straight back out again when you switch it on – or the unit may work for a few seconds before the button pops out again and the whole thing stops working again.

This means pressing the red button alone is usually not very useful if you don’t find and fix the problem first – so now let’s look at some common reasons for the button to pop out and how to fix them.

If your red button pops out and you pop it back in, either the garbage disposal will start working again, nothing will happen, or the disposal will hum but won’t grind (in which case, the button will usually pop back out again after a few seconds).

If it’s the first of these, you’re lucky because you don’t have any further repairs or investigating to do – but if it’s one of the latter two, you’ll need to work out what’s going on.

These two different scenarios point to what’s wrong with your disposal unit, so let’s look at each in turn.

If the Garbage Disposal won’t turn on

If you pop the button back in and nothing happens when you try to turn the waste disposal back on, it points to an electrical issue, so the best way to approach the problem is to eliminate the possible causes one by one until you find the issue.

Here are some possibilities to work through in order:

Although it might seem obvious, the first thing you should check is if the unit is plugged into the wall outlet and if the power outlet is turned on.

Customer helplines regularly report that appliances not being plugged in is the most common solution to this kind of issue, so make sure you check this before thinking about anything else.

2. Has it tripped the circuit breaker?

If it is plugged in correctly but pressing the red reset button doesn’t make it start, the next possibility is that the garbage disposal has tripped the electrical circuit breaker too.

Flick the switch on the circuit breaker service panel and see if it works.

Check to see if a blockage is causing the problem – and if so, unblock it (we’ll look at how to do this in more detail below).

If a blockage didn’t cause it to trip the circuit breaker, it may be due to an electrical fault, so depending on your level of electrical skill, at this point, you may need to call someone out to fix it.

However, if you think you can identify and fix the electrical fault that’s causing it to trip the circuit breaker, go ahead and do it.

3. Is it a problem with the wiring?

If you find that the disposal unit hasn’t tripped the circuit breaker, the problem may be down to faulty wiring in the on/off switch itself.

If you feel your electrical skills are up to it, you can locate the switch and take it apart to check. It may simply be a loose connection, which many people will be able to resolve themselves. However, if you don’t feel you can handle the job, you may need to call a professional.

Warning: Before removing the switch from the wall or the sink, make sure you turn the power off at the panel – otherwise you are putting yourself at serious risk of electric shock.

4. Is the switch faulty?

If the wiring is not the problem, the switch itself could be faulty. If your skills are up to it, replace the switch and try again. If not, you’ll need to call someone out to do it for you.

If the switch is not the issue, it is likely that the garbage disposal unit has had its day – and now it’s time to invest in a new one.

If Garbage Disposal turns on but doesn’t grind

Another problem is if you press the reset button and the disposal unit hums when you turn it on, but it doesn’t grind. This may only last a few seconds before the button pops out again to protect the system – but not always.

In any case, when this happens, you should turn it off again to make sure you don’t burn it out, and then you can start troubleshooting. Usually, this kind of problem is due to a jam. Here are the steps to follow:

1. Turn off all power to the garbage disposal

2. Turn the flywheel with the wrench that came with the unit

If you manage to free the blockage, give the disposal unit a visual check with the aid of a flashlight. If nothing is clogging it, run some water down it to wash any debris down the drain, turn everything back on, press the reset button and test. It should now start working again.

Press on and off quickly a few times to be sure you’ve cleared the last of the blockage and the job is done.

Tip: If you can’t find the wrench that came with your unit, you should be able to find a replacement at the store where you bought the unit. Failing this, a regular Allen (hex) wrench can also be used.

3. Free anything that’s stuck with pliers or a wooden spoon

If you can’t free whatever was stuck in the disposal unit just by turning or jiggling the flywheel, you will need to dislodge the blockage by hand.

Visually check the inside of the garbage disposal with the aid of a flashlight, and if you can see what’s causing the blockage, try to dislodge it with a wooden spoon. Alternatively, you may be able to pull it out with a pair of pliers or kitchen tongs.

Once you have cleared the obstructions, run some cold water through the garbage disposal, switch everything back on, press the reset button and test.

Now it should be working again, so just turn it on and off a few times quickly to be sure you’ve cleared the last of the blockage.

If not – or if you can’t see any blockages causing the problem – you may need to call out a professional since your disposal unit may be broken and in need of replacing.

Never put your fingers or hands into a garbage disposal

The number one rule when working with a garbage disposal unit is never to put your hand or fingers inside it or anywhere near the shredder ring.

In fact, most garbage units won’t cause the kind of horror injury you might imagine, but they’ll still give you a nasty bruise – and there’s always the risk of something worse, so don’t take the chance.

Always use a wooden spoon or some other tool instead if you need to poke about inside.

Never work with the power on

When working on your garbage disposal unit, always make sure the power is turned off at the switch and at the main panel.

This is merely good practice and will ensure there is never any chance of an accident happening caused by the unit starting unexpectedly.

Certain food items are more likely to cause blockages due to their hard, fibrous, sticky or grainy nature.

Some of the most common items to cause blockages include bones, corn husks, fruit pits, eggshells, celery, artichokes, coffee grounds, potato peels and cooking oil or grease.

An invaluable trick to know for garbage disposal repair

As you can see, knowing about the little red garbage disposal reset button is essential for anyone who owns a sink with a garbage disposal unit since they almost always develop some kind of minor problems at some point in their lives.

The red reset button might not solve all problems in itself, but it can help you identify the root of any issues you’re experiencing, allowing you to get your garbage disposal up and running again, hopefully without needing the services of a professional plumber. 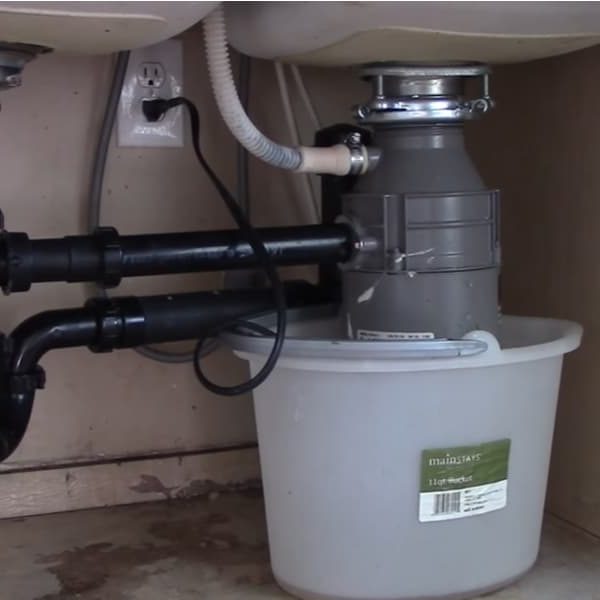 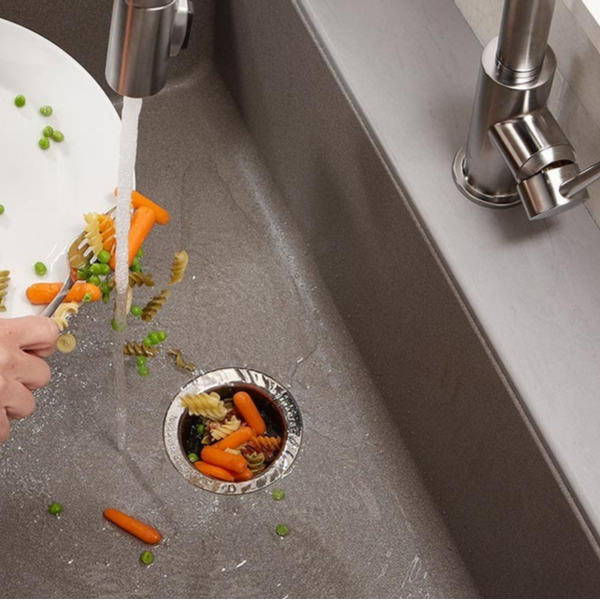 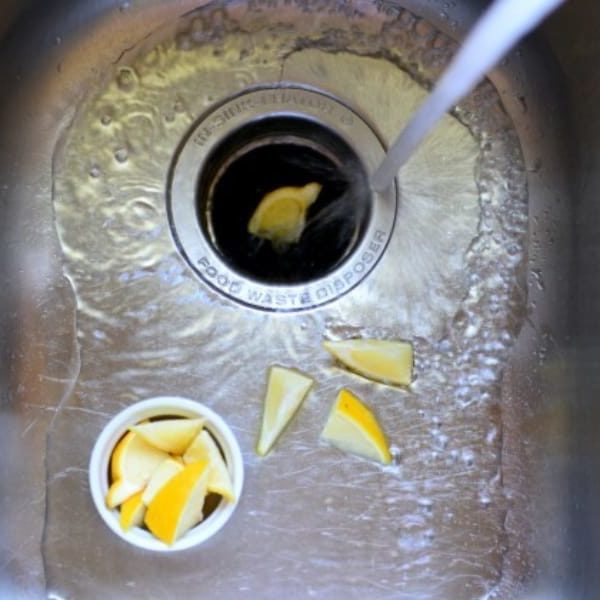 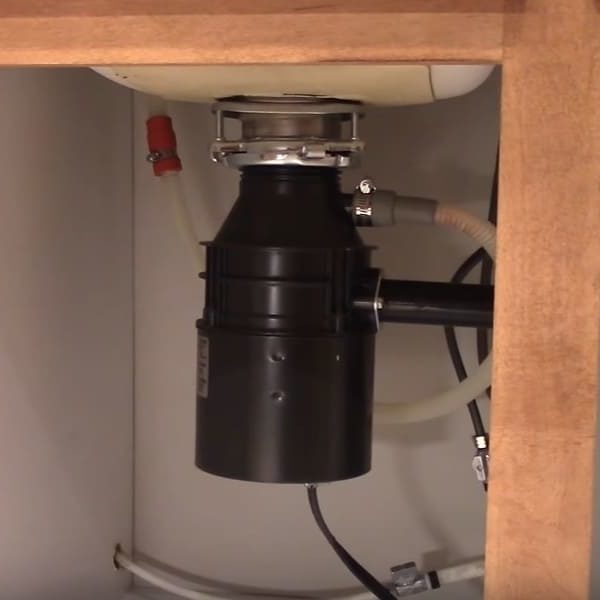 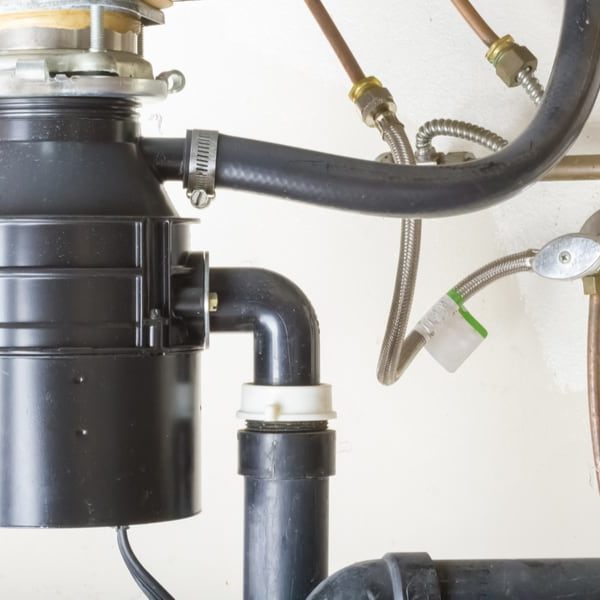 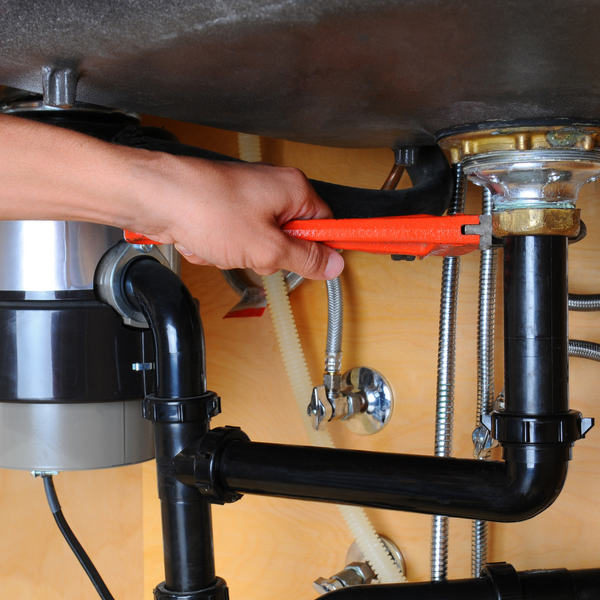 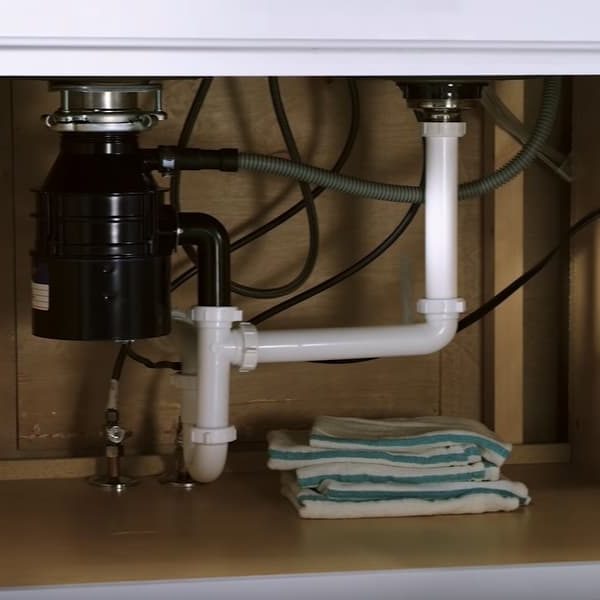 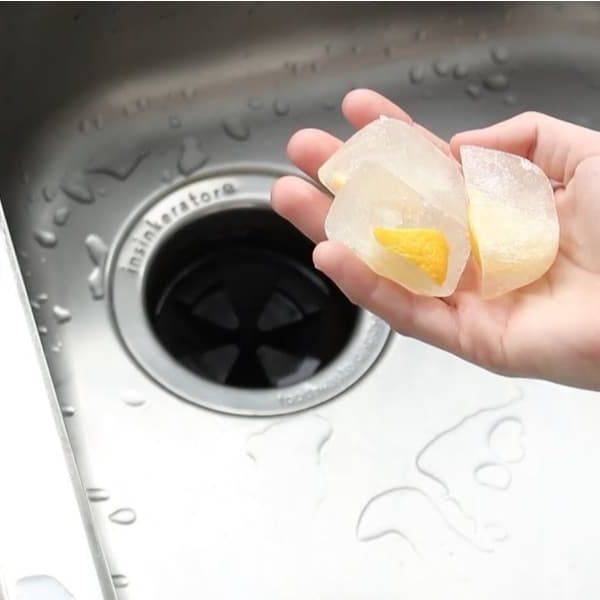