Skip to content
Sunrise Specialty » Why don’t bathroom stalls reach to the floor and ceiling? 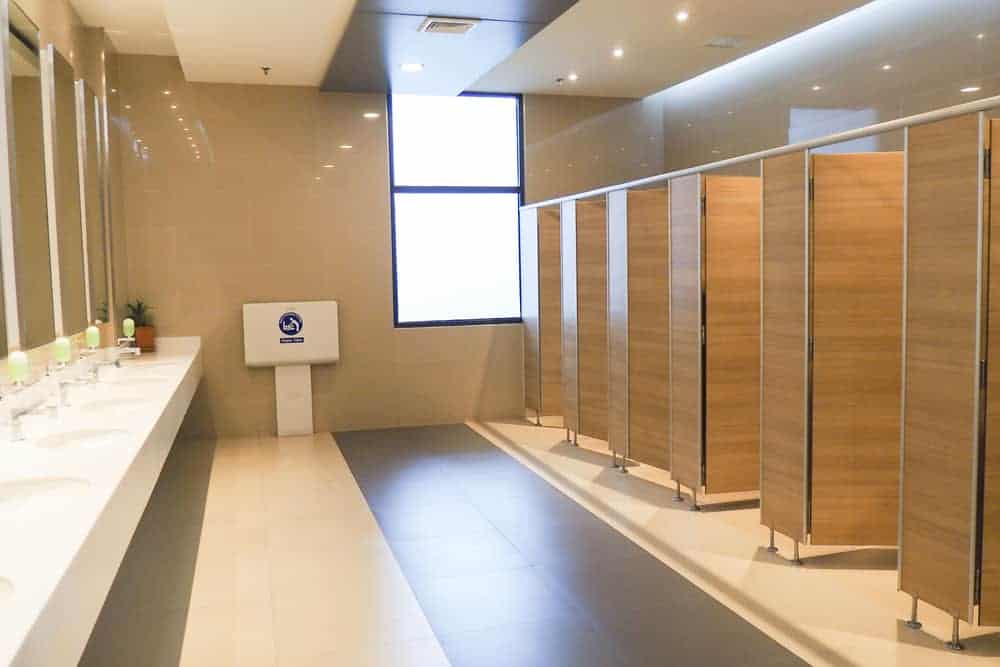 It’s one of those questions that has plagued great minds over the years. What is the meaning of life? Is the universe truly infinite? And why don’t bathroom stalls go to the floor?

Wonder no more, because we’re here to answer the last one at least! We’re going to take a look at the different theories that abound for those short stall doors. And we’ll consider whether or not they really explain the phenomenon.

So if you’re ready to find out more, step this way!

Why don’t bathroom stalls reach to the floor and ceiling? 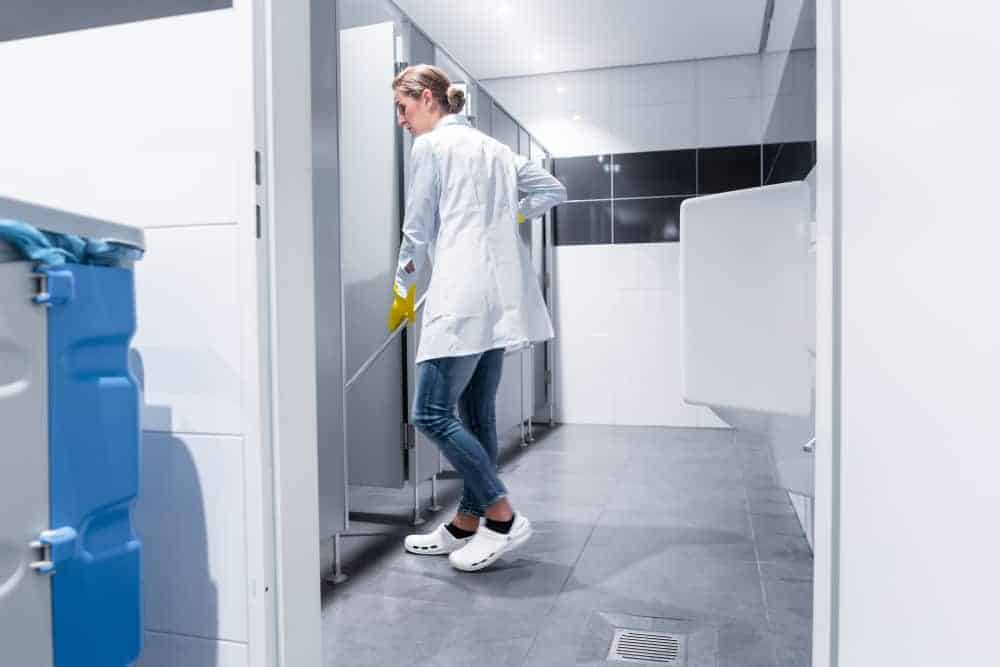 One of the often expounded theories for bathroom stalls stopping short of the floor is that this makes cleaning easier.

The argument goes that the time-pressed cleaner can mop or even hose down the whole space much faster. And it won’t matter if there isn’t a drain in any particular stall. The area below the door will allow the water to run through and drain wherever there’s an opening.

So how does this explanation stand up to scrutiny? Well, at first it sounds logical enough. But we’re not convinced.

After all, it would be easy enough to push open an unlocked cubicle and get to the floor. And any cleaner using a mop would be near the door anyway.

But what if it is locked? Well, it’s true the cleaner won’t be getting that mop in there if the door goes all the way to the floor.

But are they really going to be sticking a mop through the gap to an occupied cubicle? Will they tell you to pick up your feet so they can get to the back of the stall?

This has never happened to us. And we’re very glad of that! All in all, we think this explanation is a bit rubbish. We award it 3/10. 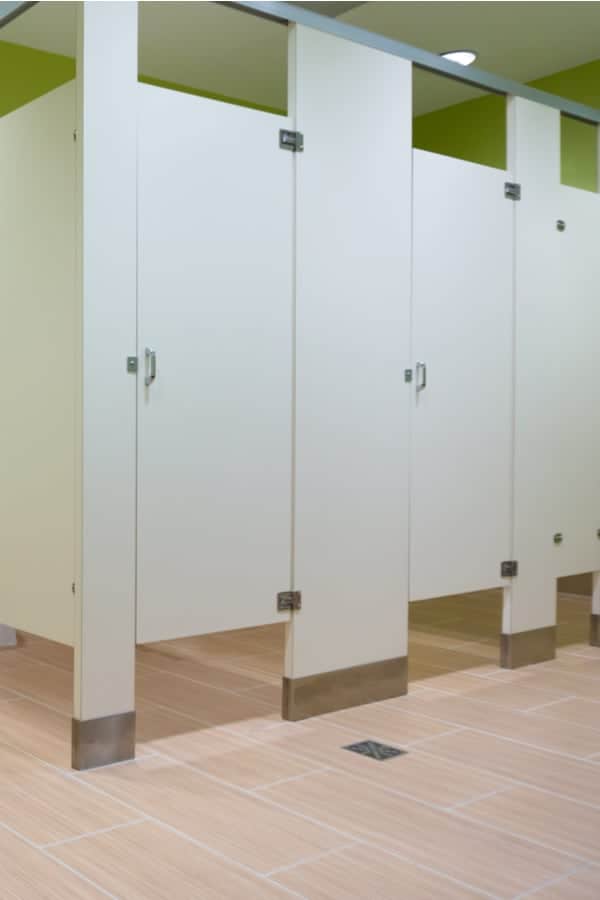 Another explanation is that the gap allows air to circulate in the bathroom. And that prevents unpleasant odors from becoming too strong.

This feels far more plausible. We all know that public restrooms can get pretty stinky. And the source of that smell resides in individual cubicles.

Anything that helps keep the air moving will allow the particles causing the smell to dissipate. And that will make for a better experience for all users.

Unfortunately, leaving a gap below the doors won’t get rid of the smells altogether. But it would be a whole lot worse if those gaps weren’t there. 10/10. 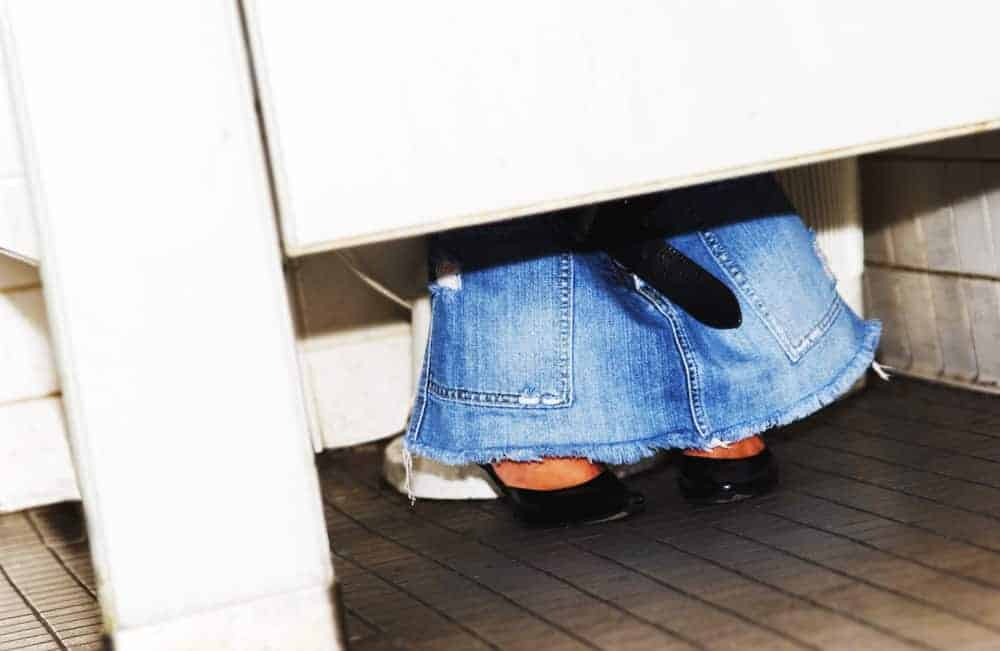 There are a whole group of reasons given for short bathroom stall doors that are connected to visibility. Let’s take a look at each of them in turn.

First up, the idea that it allows you to spot a vacant stall more easily. Peer under the door, and if you see a pair of feet, you know the stall is occupied. That, it’s argued, means people can go straight for the vacant stall. And that keeps the line moving along quickly.

It’s certainly true that the opening allows you to see if someone is in the cubicle. But there are plenty of other options that do this equally well.

In most public restrooms in the UK and Europe, the lock is connected to a gauge on the outside of the door. That allows you to see at a glance whether or not the door is locked. It’s often color coded to make life even easier – red for occupied, green for vacant.

And that doesn’t require anyone waiting in line to bend down to see beneath the door.

It might be a better solution, but in the US, most doors don’t have this gauge. And checking the gap also eliminates the possibility of embarrassing any toilet user who’s forgotten to lock the door. 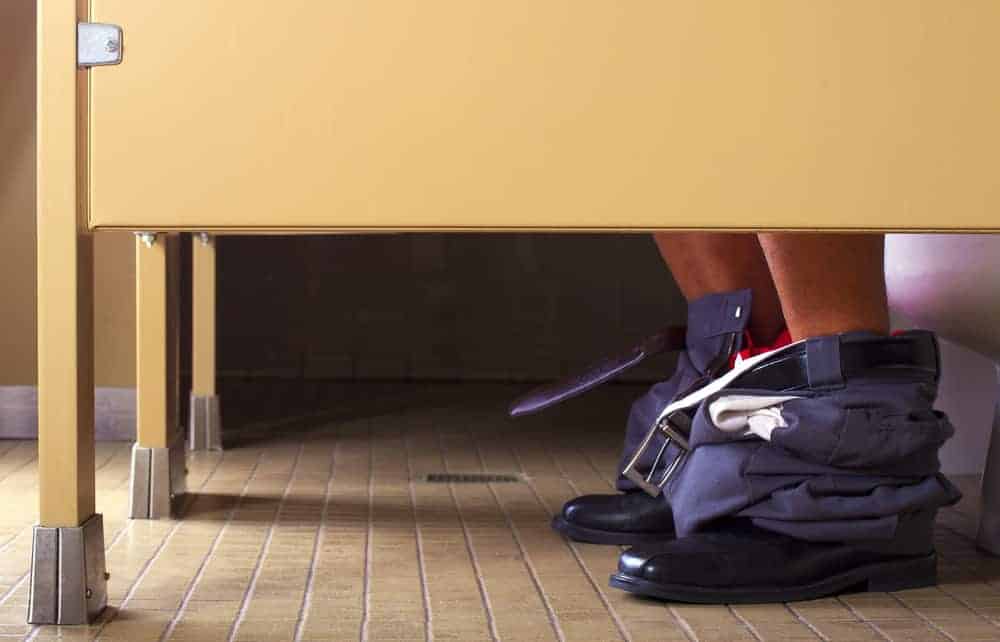 This is similar to the spotting-vacant-stalls idea, in that it’s another explanation that connects visibility with bathroom efficiency.

The theory goes that by leaving a gap at the bottom of the door, you create a less private environment. The toilet user feels less comfortable as a result, and is keen to finish their business quickly and move on. That frees up the facilities promptly for other users, and prevents long lines.

There may be something to this. After all, that gap does certainly make the toilet feel less private. And even in public restrooms, it’s possible people may occasionally want to linger. If you’re on a date that’s not going well, for example, or out for dinner with challenging in-laws.

On the other hand, if someone really wants to stay put, we’re not sure a gap makes that much difference. Overall, we’ve heard more convincing explanations – 5/10. 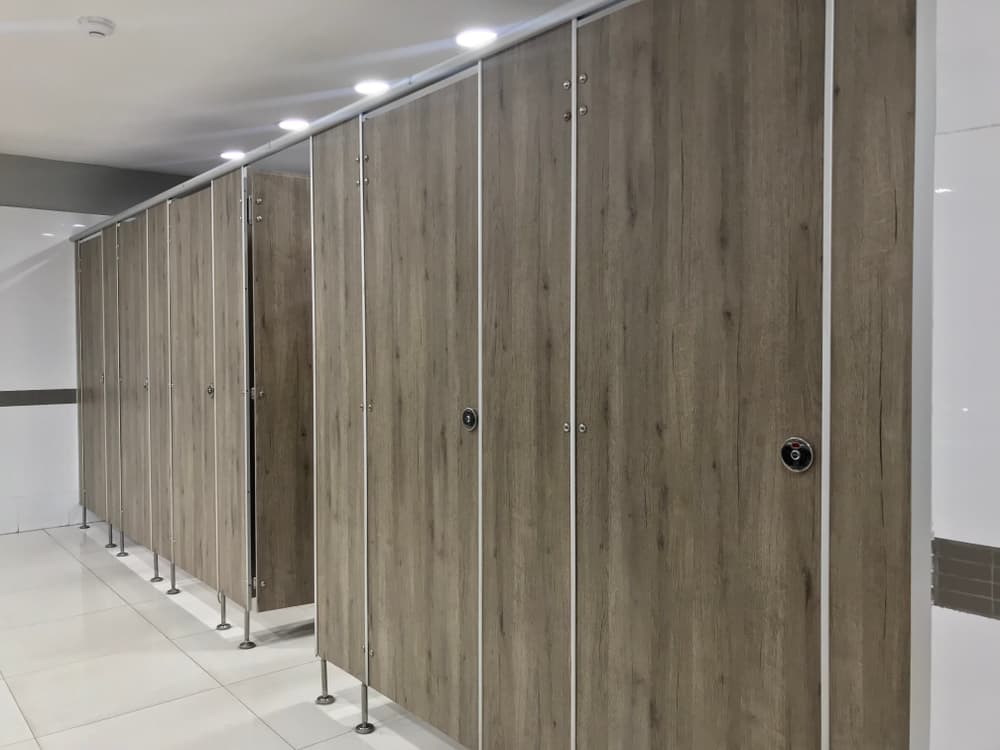 We all know that public bathrooms are occasionally used for inappropriate behavior. Illicit substances and illicit liaisons are sometimes found in those little cubicles! So perhaps those short doors are intended to deter people from getting up to no good.

When it comes to drug taking, though, it’s hard to see how the gap really helps. After all, you won’t be able to see anything above ankle level. Unless someone is obligingly shooting up between their toes – and keeping their bare foot on the floor while they’re at it (ew!) – you’ll be none the wiser.

It’s a different matter, though, when it comes to amorous couples! A glance beneath the stall door will quickly identify if more than one person is present.

But let’s face it, if people are considering sex in a bathroom, it’s unlikely the gap is going to deter them. And unless they’re amazingly good at keeping quiet, there are likely to be other clues to what’s going on!

So while this could work, we’re not sure how effective a deterrent a short stall door really is in practice. We give this explanation 6/10. 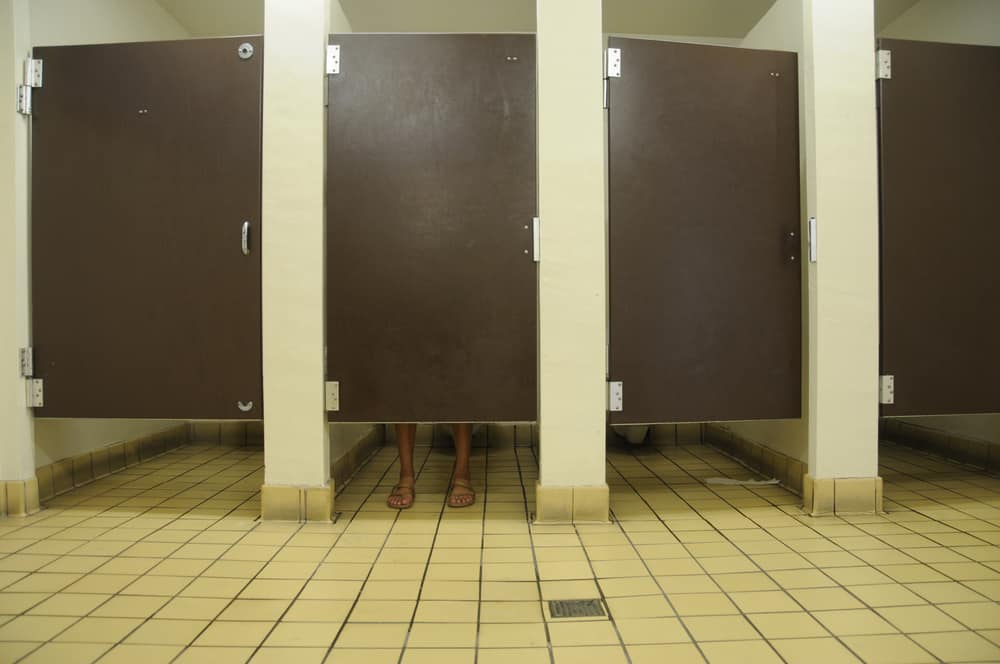 Another visibility-related explanation relates to the health and safety of bathroom users. If someone is taken ill, the theory goes, the problem will be noticed more quickly with short stall doors. We’ve even heard it suggested that a first responder could get through the gap to provide aid more quickly.

Most public bathrooms have doors that can be unlocked from the other side by an appropriate person. That would certainly include a first responder. And it would be a whole lot easier than trying to crawl through a narrow gap. Especially in a stall already occupied by someone else!

That bit of the explanation, then, sounds unconvincing to us. But it’s certainly the case that if someone lost consciousness, they would be likely to be spotted fast. That’s a big advantage over stalls with doors that go right to the floor.

And let’s face it, if someone feels unwell whilst out and about, the bathroom is the natural place to retreat. So overall, this feels like a good reason to keep stall doors short. 8/10. 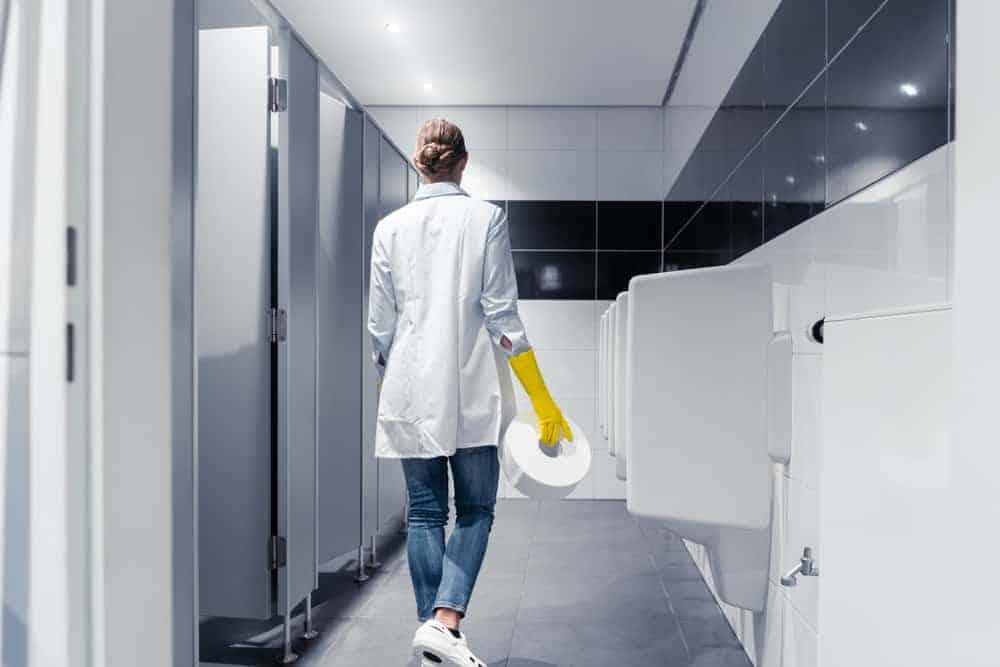 Have you ever had the terrible experience of discovering there’s no toilet tissue in your stall? And nine times out of ten, you’ve made the discovery only when you’ve reached for it. A gap beneath the door, the theory goes, means there’s an opportunity for someone to pass you what you need.

That’s true. But it seems odd for this to be the main purpose of the gap. After all, to get the toilet tissue, your helper would have to go into another stall. And surely it would be far easier to pass the paper through a gap beneath the wall between the stalls.

So while we agree this is a helpful by-product of the below-door gap, it doesn’t explain why it’s there. 6/10. 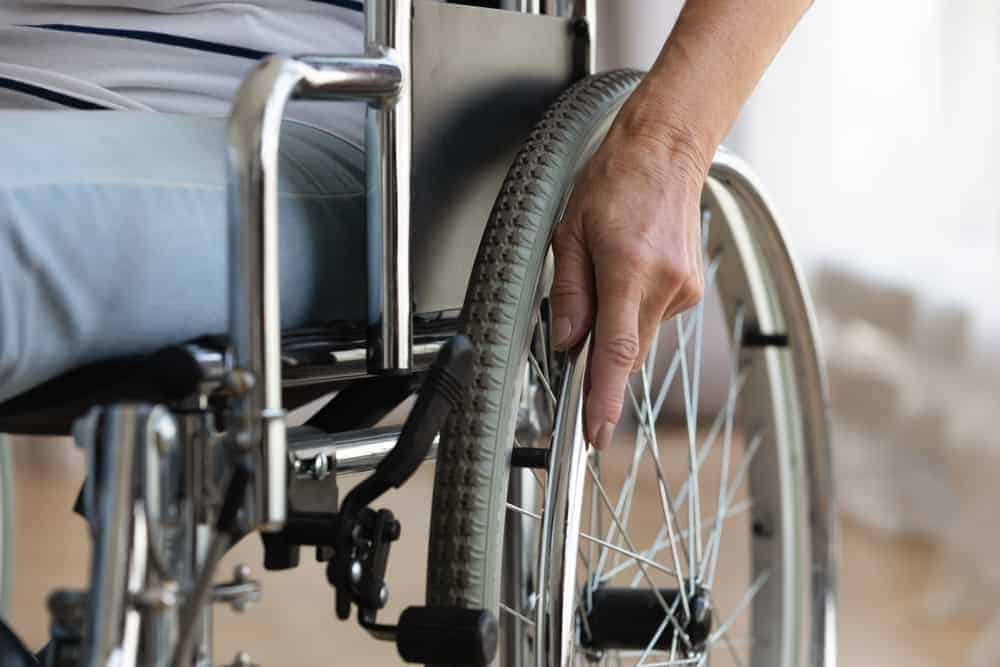 This theory claims that space beneath the stall door is required to help wheelchair users. We’ve even heard specific claims about how much room is required – 9 inches, apparently.

The idea is that this room allows space for wheelchair users to stick their toes out. That means more room to maneuver the wheelchair.

It didn’t sound convincing to us. After all, most standard stalls simply aren’t big enough for a wheelchair user. That’s one of the reasons there are separate stalls for people with disabilities.

And sure enough, if you visit the ADA website, you’ll find plenty of requirements for toilet stalls. But none mention a gap beneath the door.

We’ll give this explanation a single point for creative thinking. But it doesn’t stand up to scrutiny. 1/10. 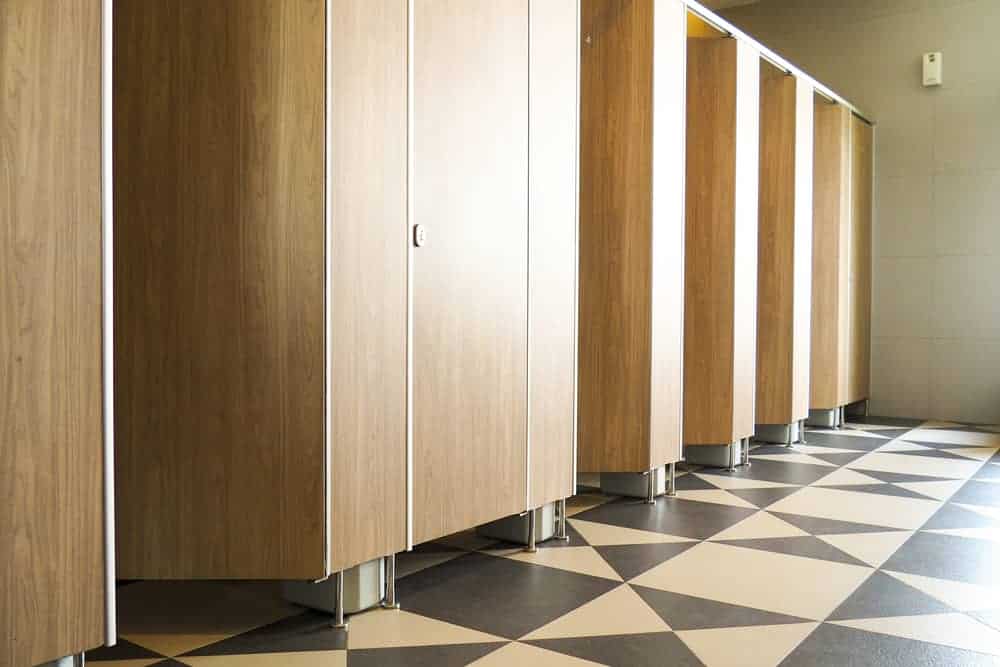 Last but not least, is the economic theory. Shorter toilet doors, it’s argued, require less material. That makes them cheaper. And in commercial premises, cheaper is always better – right?

Well, not really. First of all, there’s a lot of choices out there when it comes to doors. It’s just as easy to choose one made of cheaper material as it is to choose one that’s shorter.

And that assumes that price is always the biggest driver. That won’t be the case everywhere.

Comfortable restrooms can be one of the features that distinguishes a venue from its competitors. So even if full-sized doors really were more expensive, not every proprietor would choose them.

This is another explanation, then, that we don’t think is very plausible. 3/10.

So now you know!

We hope you’ve enjoyed our tour of some of the most – and least – convincing explanations for that gap beneath the door.

Our top explanation for why bathroom stalls don’t go to the floor is to assist air circulation. A less smelly restroom gets our vote! And in second place is the health and safety theory, making it easier to spot someone who’s lost consciousness.

Both seem like good reasons to us. Long live the stall door gap! 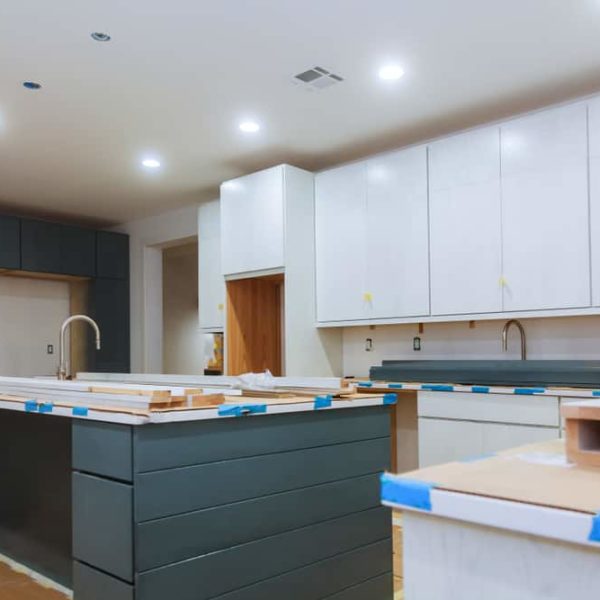 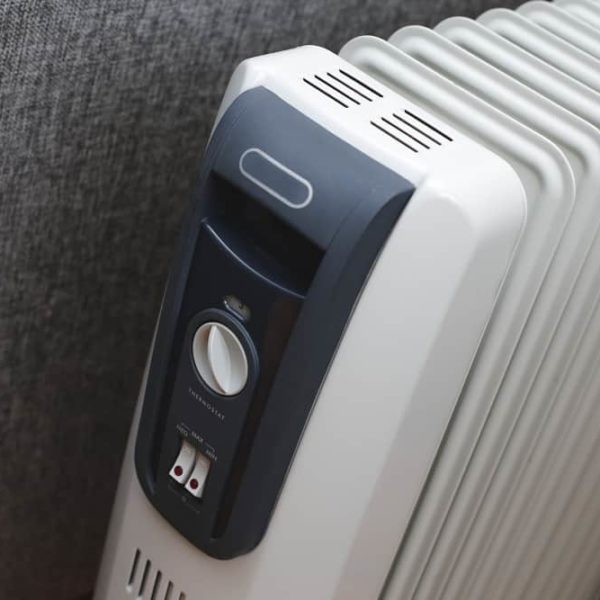 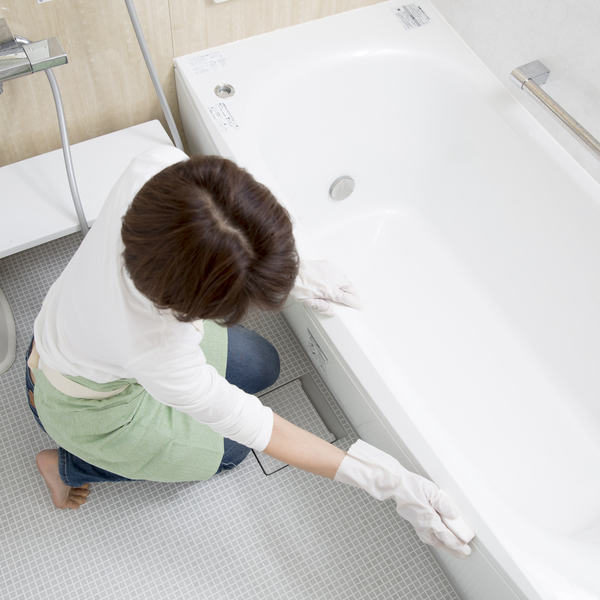 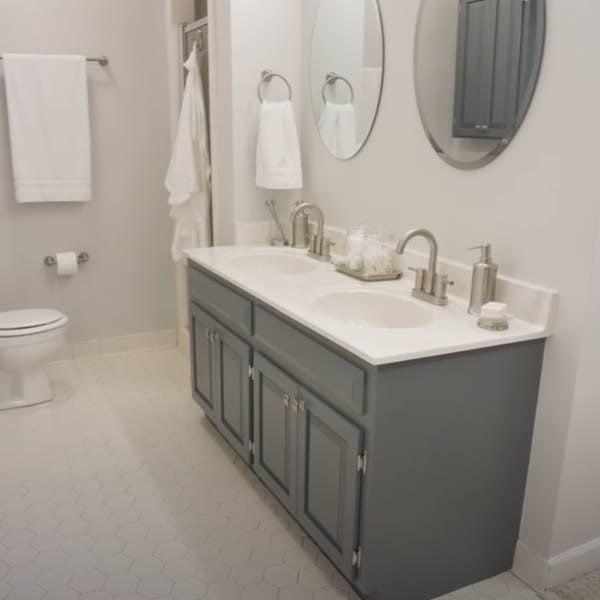 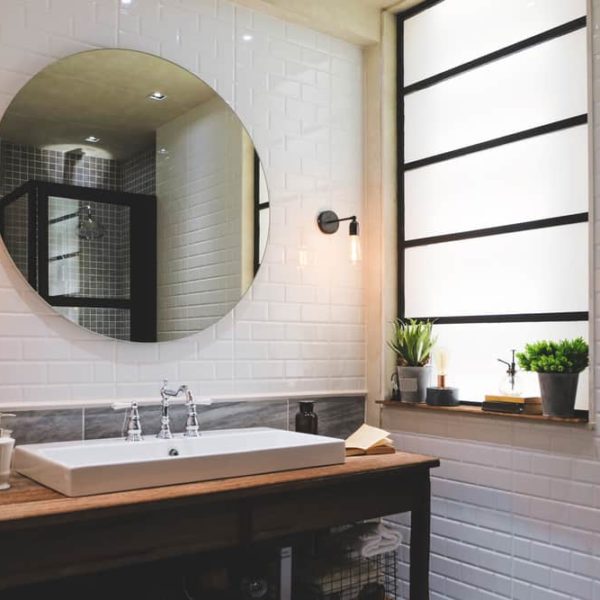 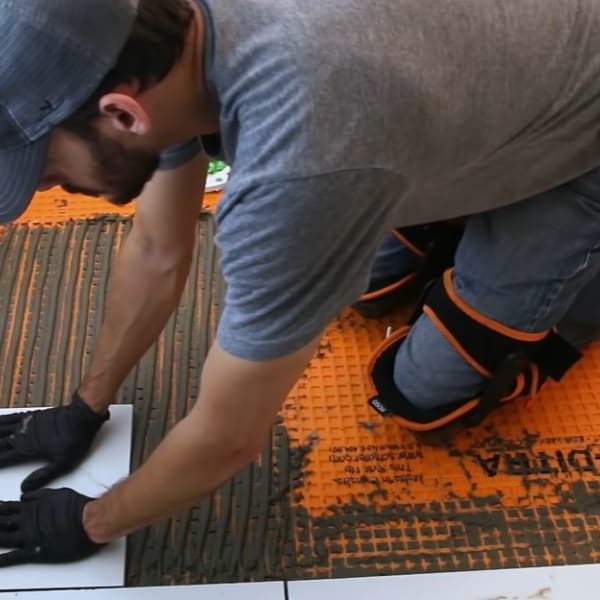 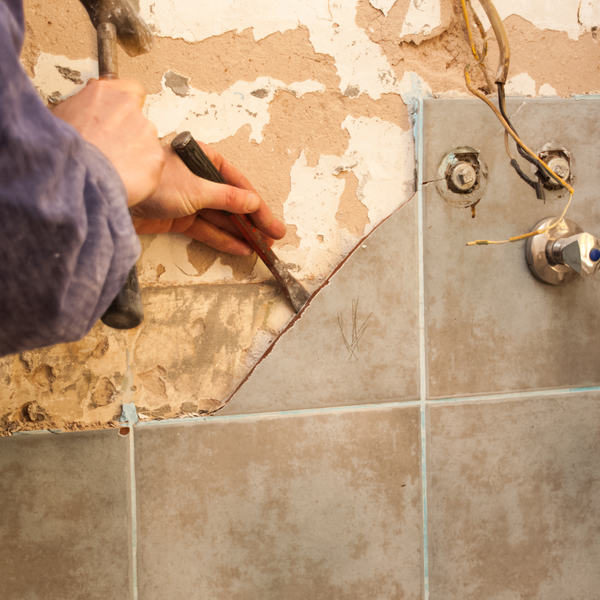 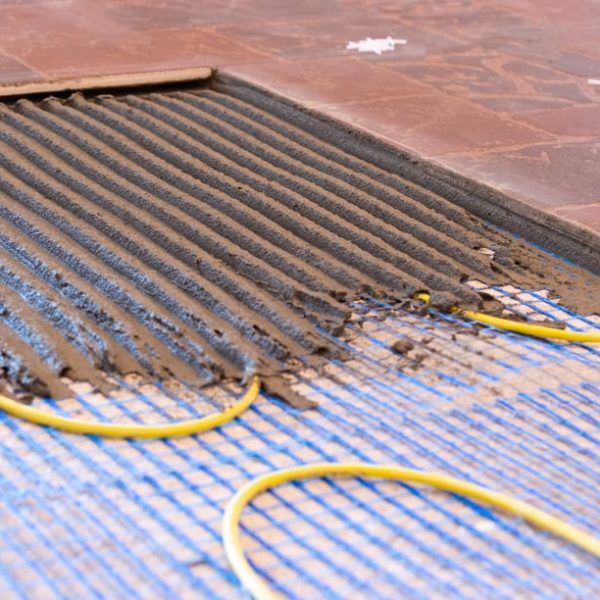