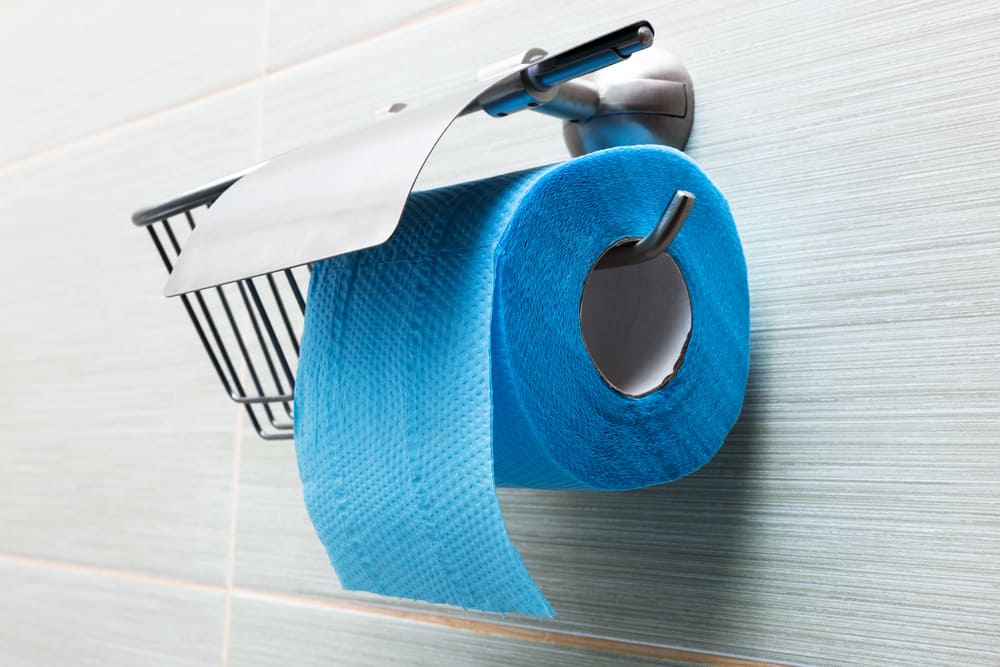 Believe it or not, one of the first countries to use paper for hygiene was China in the 6th century AD. However, it took around 800 years to start toilet paper mass production in the 14th century. It was different than toilet paper we know today, which originated in the mid-1800s.

The first colored toilet paper appeared in the ‘50s, according to the Toilet Paper World publication. It was a significant improvement since it could perfectly fit any beautiful, colored bathroom. In a carefully crafted bathroom, with towels, tiles, and sinks that had matching colors, a colored toilet paper was the perfect fit.

So, why did colored toilet paper disappear? 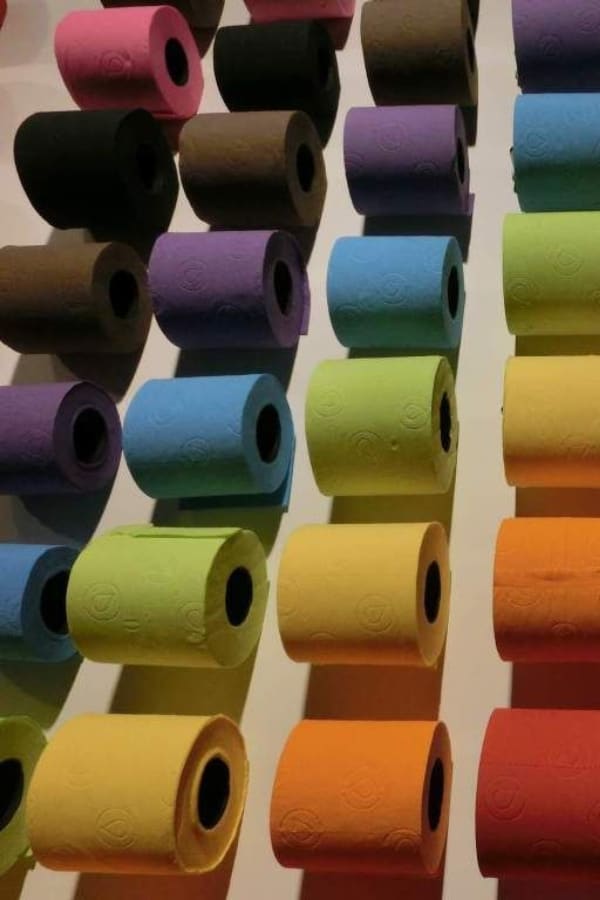 The period when colored toilet paper began to disappear slowly was in the mid-80s. One of the first things that became noticeable back then was that the doctors started warning people of the harmful effects of color chemicals for the skin. Besides, they were also concerned about the possible negative impact on the environment.

Although it wasn’t maybe that much dangerous, people were worried about their health. On the other hand, when doctors say that something is bad for our health, most of us immediately stop using that.   That is one of the reasons why colored toilet papers disappeared. However, that is not the only reason.

If you pay attention to modern, American standard toilets and toilets from the 70s and 80s, you will notice a big difference. The actual design of bathrooms has drastically changed in the past few decades. According to design changes, the colored toilet paper wasn’t a good fit anymore.

Unlike the toilets from the 70s, for example, most of the modern bathrooms are all white. You might still find a colorful space, but rarely. Therefore, according to the all-white style, a colored toilet paper wouldn’t be a perfect fit anymore and would ruin the whole design. 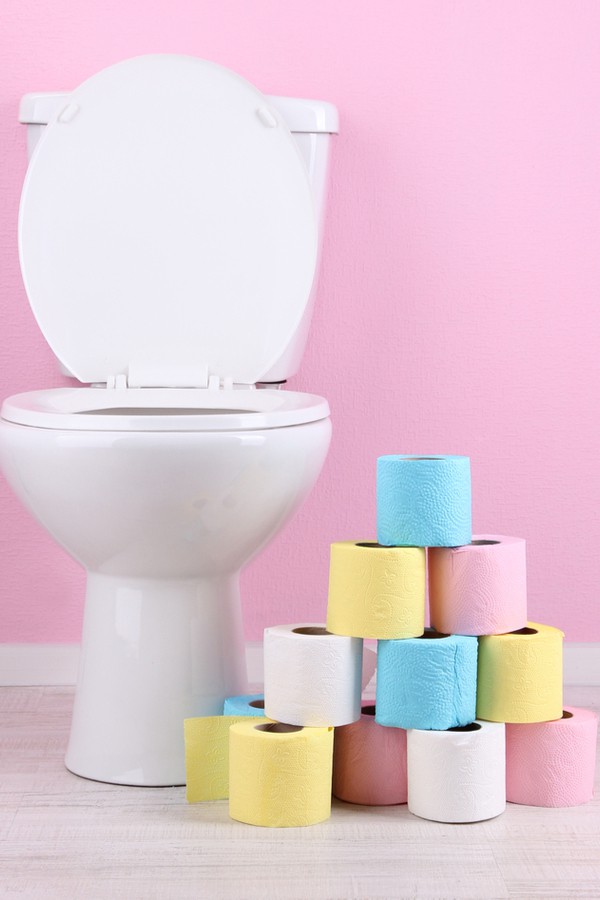 But why are modern toilet papers only white? Why not the other color? 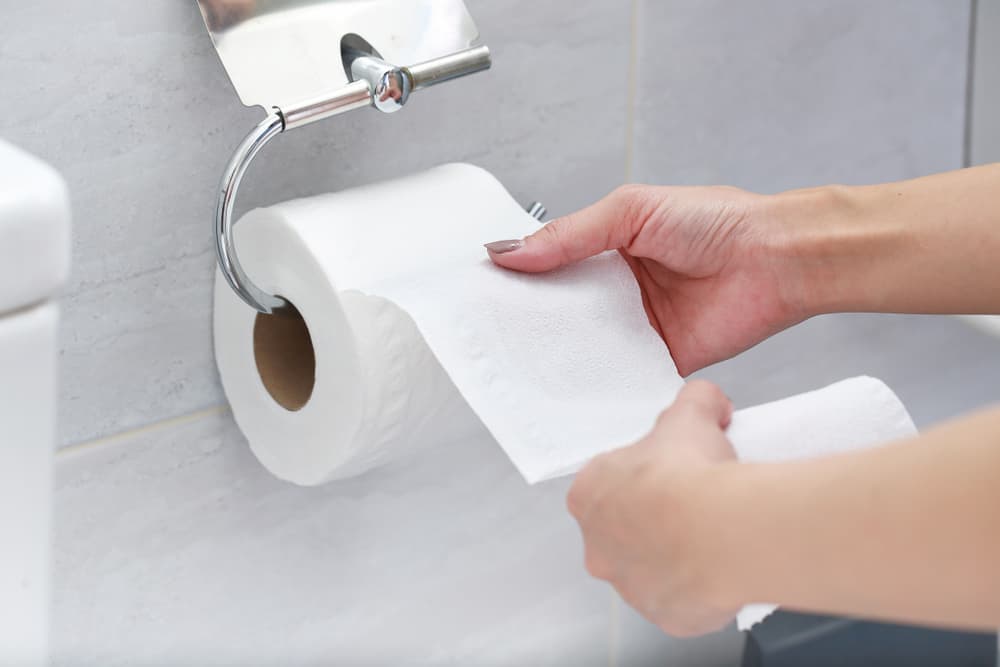 The strange thing is that we use toilet paper daily for one of the most sensitive parts of our bodies. Yet, we don’t ever think about how it is made, or why is it precisely white. There are no various colors of toilet papers nowadays, but why are not all of the toilet papers blue, or yellow, or any other color, but white?

As mentioned, the bathroom design has changed a lot in the past few decades. An all-white style gives it a much cleaner and more fresh look. That is the ideal design when it comes to the bathroom since we all want it to look, and even more important, BE fresh and clean.

However, this is not the only reason. The white color of a toilet paper is achieved by bleaching, which makes the paper much softer. But how does the bleaching make it smoother?

There is a polymer in the wood called lignin. It acts as a “glue” that holds the fibers together and makes the tree more rigid. Some studies said that without lignin, a tree wouldn’t be able to grow higher than 6 feet.

Also, you might have noticed that newspapers start to yellow over time. It is because they have lignin. Since lignin is removed from toilet papers by bleaching, it will remain nice, smooth, and white all the time. It would look pretty bad if the toilet paper started to yellow a few days after you buy it.

As you can notice, most manufacturers bleach the toilet paper, but almost none of them colors it anymore. We have already mentioned that it might be harmful to the health of sensitive skin areas.  However, it can’t be that harmful that companies stop producing them.

Also, no people reported that they experienced any possible harmful effects of the colored toilet paper. As you might realize, that is not the main reason why they stopped producing it. For example, a colored toilet paper requires more time to decompose and might be bad for the septic system.

On the other hand, despite all the “harmful” effects of the colored toilet paper, companies never stopped bleaching them. Also, they never ended adding chemicals to increase specific attributes of the toilet paper.

There is one more reason why they stopped coloring the toilet paper. It is the extra cost. A colored toilet paper requires more money to make, and still, it seems that not too many people would pay them. Since it can’t pay off as much as a white toilet paper can, this is not a good business idea.

Also, note that many people are used to white toilet paper nowadays. Even if they made the colored one, most people would prefer to stay in the comfort zone of using white paper. It would have to be a superior product compared to the white toilet paper, to make people want to use that one instead and even pay extra cost.

In the end, be sure to check out this video for additional info.

It doesn’t mean that you can’t make your bathroom look great with no colored papers. For example, most of the flushing toilets and even Toto toilets are all-white, so that will work well with the white paper to complete the design.

Another way to make your bathroom look great is by installing a tankless toilet. They look very modern and sophisticated. 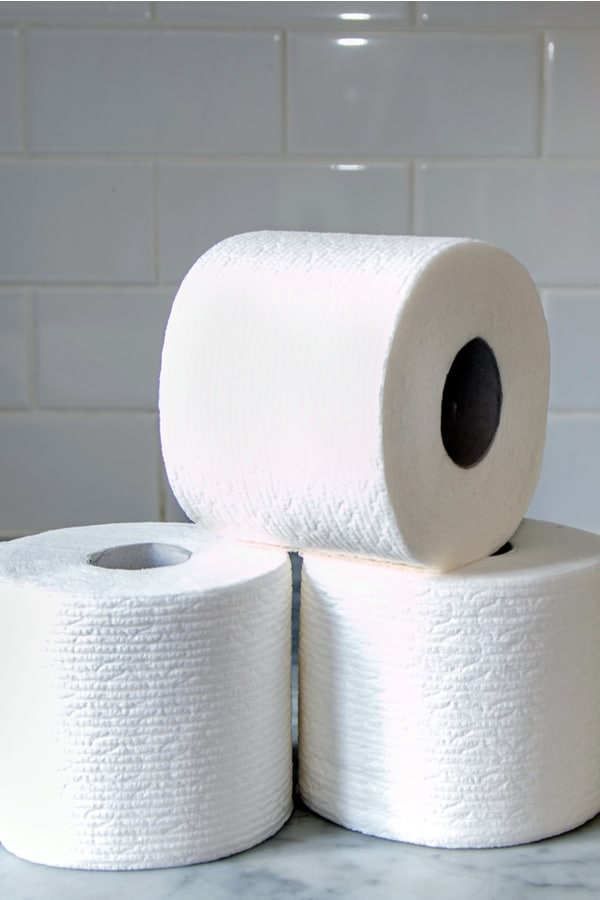 For the final part of this article, we are presenting you with some of the facts about toilet paper that you probably didn’t know.

A few words in the end

As we can conclude, there are several reasons why they stopped making colored toilet papers. Although it seems that the primary reason for that is its potentially harmful impact on the skin, that might not be necessarily true. Companies add other chemicals, too, which might be potentially dangerous.

One of the main reasons for stopping the product is the required cost to make it. It requires more money, and it seems that not too many people would buy that. Since it looks like a lousy business idea, companies prefer to stick to the all-white paper.

Have you ever used a colored toilet paper? Would you like it to be produced again? Please let us know in the comments below.

20 thoughts on “Why did They Stop Making Colored Toilet Paper?” 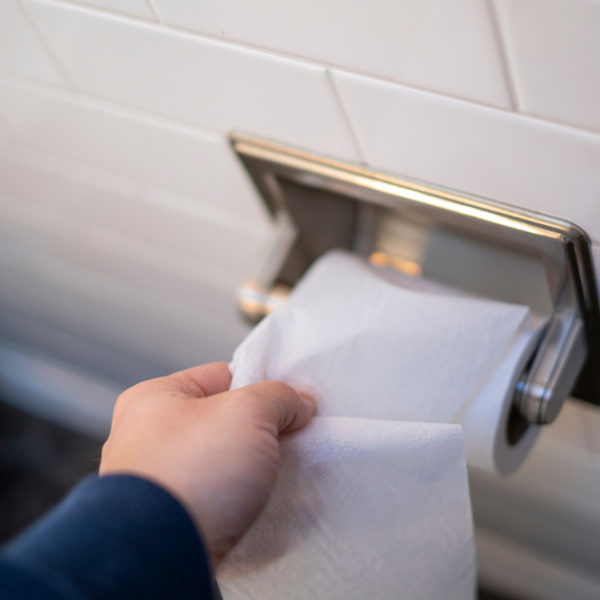 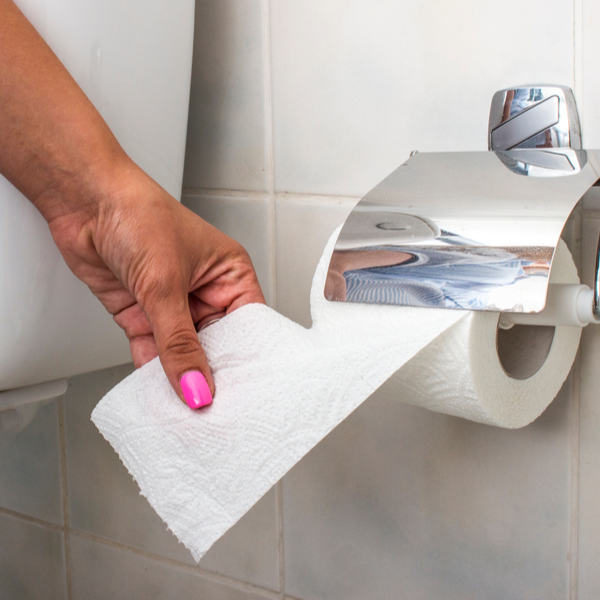 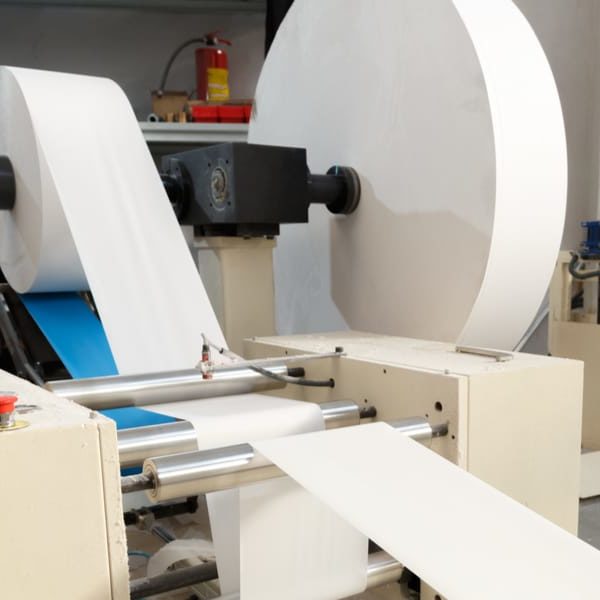 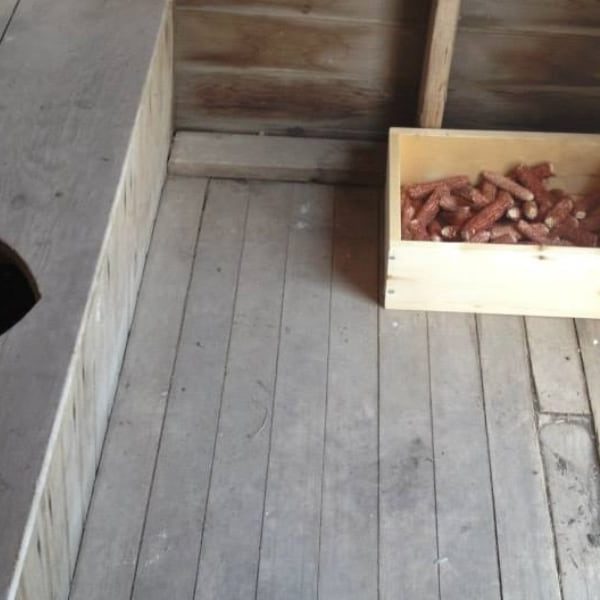 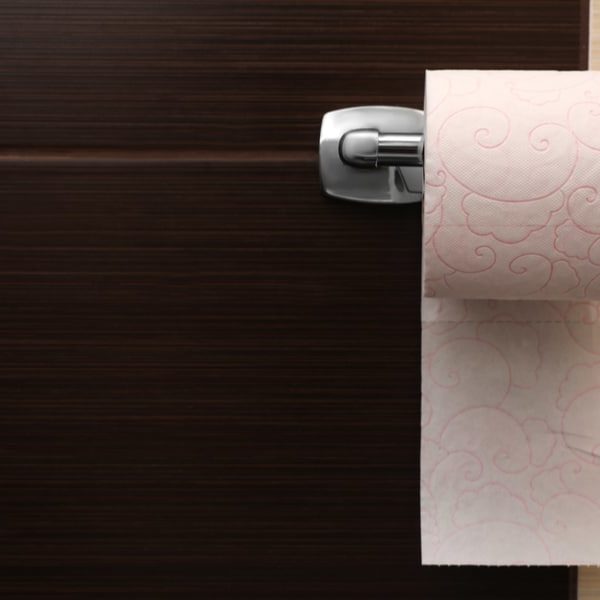