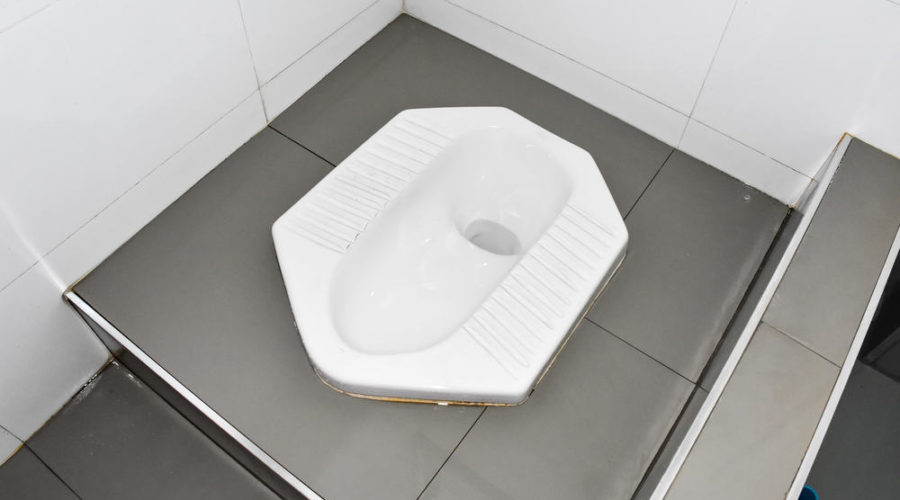 For most westerners, using a squat toilet is a whole new experience. Basically, everything we see for the first time in our lives seems strange and difficult to understand. I saw this weird toilet during my traveling throughout East Europe. However, they are not rare. Can you believe it? Nowadays, in many countries, people increasingly replace them with modern toilets that are well-known to Americans.

I have never been to Asia, but I know that it is the kingdom of squat toilets. It is the type of toilet installed at the ground level, and you need to squat if you want to use it. Since changing the cuisine usually affects digestion, you should learn how to use this intimate place on time. Believe it or not, you need instruction on how to use a squat toilet if you are used to a comfort height toilet. Unbelievable!

Until the late 16th century, our ancestors had to squat while defecating. Even though Sir John Harington invented the flush toilet in that period, seated toilets only came into mass use during the 19th century.

In many countries in South America, Africa, the Middle East, Asia, and Europe, people still use squat toilets. If you think that the reason is poverty, you are very wrong. In some highly developed societies, such as Japan, China, or Italy, people prefer using them because of tradition and healthy habits.

The positive and negative of Squat Toilets

Have you already heard that the Australian Tax Office from Melbourne installed the squat toilets for the non-English speaking origin staff? Impressive attitude, don’t you think?

I am not sure if the squat toilets are an excellent idea or a horror. What do you think about that idea? Let’s discover the facts together.

The positive sides of the squat toilets

I know that it sounds weird to Westerners, but it seems that using this type of toilet helps the healthy movement of guts. Moreover, the results of some relevant studies confirm that this unusual habit helps people suffering from hemorrhoids and constipation.

And that is not all! Israeli scientist Dov Sikirov discovered in 2015 that people using squat toilets spend less time in the bathroom. The reason is better digestion and quicker emptying. All 28 healthy volunteers in the experiment claimed that defecation was more natural while squatting.

The results of studies organized in Japan and Pakistan show that that position protects anus from fissures occurrence and reduce abdominal straining, as well.

The negative sides of the squat toilets 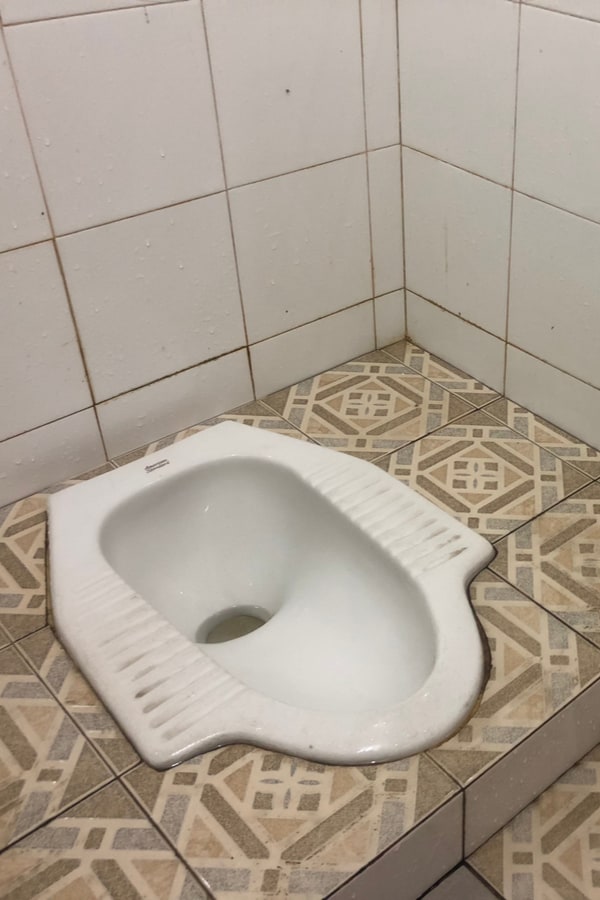 On the other hand, there are a lot of arguments against this type of toilet. For example, for many Americans, it is medically unacceptable to squat whenever they use the bathroom.

Unfortunately, we are witnesses of an increase of morbidly obese people who can’t take that position. Not to mention patients who have problems with severe back pain or knee osteoarthritis.

Most females have a problem to use squat toilets because they can easily splash clothes with urine. Also, it is not rare for travelers to experience pain in muscles because they begin to use them in an entirely different way.

Believe it or not, you need to prepare yourself for using this type of toilet in advance. I know that you are used to all the amenities of the American standard toilet, but the squat toilet is something entirely different. Let’s find a way to make this experience as little awful as possible.

When you decide to travel to countries where the squat toilets are standard, you should bring:

Step 2. Get in position

Getting the right position in the squat toilet is much easier to describe than do. Don’t let yourself come to this place for the first time unprepared, especially when it is most urgent for you.

For women, one of the solutions is to avoid wearing pants in such places. There is no other way for men. You have to learn what to do with your pants before using this toilet. Be prepared that it will be a traumatic and unpleasant experience.

Firstly, you should roll up trouser legs up to the knees to keep them safe from splashing. Then pull the pants down to your knees. Keep in mind that you run the risk of your pants getting wet and dirty if you bring them down to the ankle joints.

You will see that it is not difficult to take them off, but it is the ultimate art to squat with the pants holding around your knees.

Step 3. Stand over the squat toilet 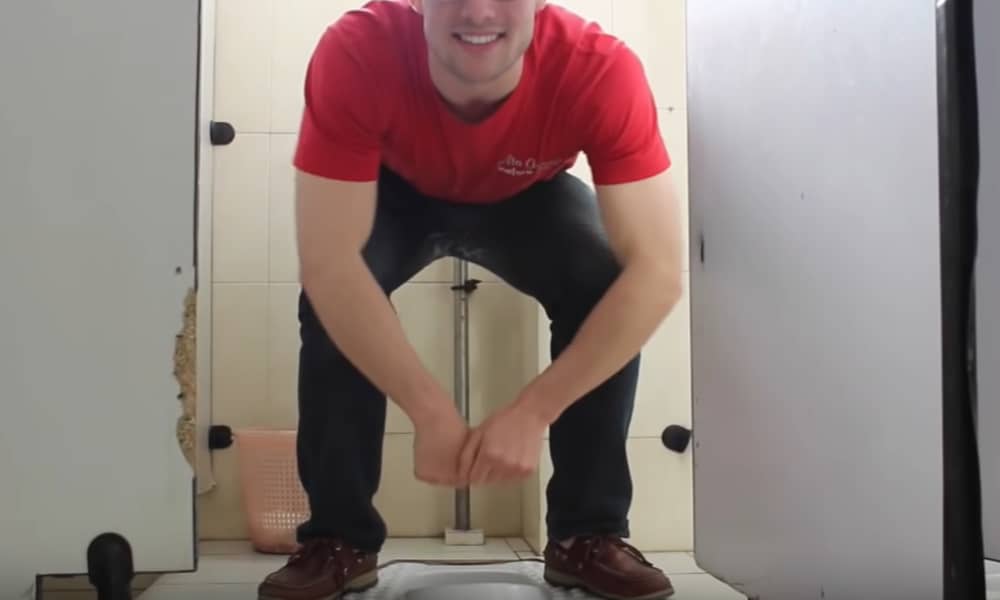 Getting into the right position over the squat toilet can be quite tricky. You need to stand over it with feet set on either side of the hole. That is the only way to keep your balance.

Turn in the direction of the hood, if there is any, and get as close as possible to it. Place your feet on the ribbed foot grooves on the side. Never squat directly over the hole to prevent splashing while using the toilet.

Start bending your knees as much as you can while positioning your bottom directly over the toilet, at about ankle level. To make the position more comfortable for you, you can hug your knees. Well, it doesn’t work with me.

Actually, I learned how to finish the job from a light squat. That way, I had fewer troubles with my pants and made the situation much more comfortable for my knees. You can try a few positions until discovering the one that fits you best.

Step 4. Use the squat toilet

Once in the squat position, you should find a way to become relaxed to finish the job as faster as possible.

Even as I write this sentence, it is clear to me that this advice, no matter how logical and reasonable it may be, is entirely pointless. As if someone tells you to sit in the dental chair and relax while your dentist takes out your tooth without anesthesia.

Although squatting makes the job easier for your body, this position puts significant pressure on your knees. If you have any problems with your legs, this, basically natural process, will become a real nightmare.

It is time for cleaning up. Don’t let yourself get to this step unprepared because there is no toilet paper in most places! If you forget to bring a roll in a backpack, you will need to use a pot of water or a sprayer, and your own hand!

Yes, you heard me! Take a pot or sprayer, splash water over your bottom, and wipe it with your hand. There is always a solution to bring toilet paper with you, but never throw it into the hole. In most places, there is no possibility of flushing the toilet in a familiar way.

It seems that squat toilets are a healthier solution than traditional American standard toilets. However, that doesn’t mean that you should change your habits or replace your comfortable toilet seat.

Accept this type of toilets as a reality in some foreign countries and learn how to use them before deciding to start your journey.

I am quite sure that it would be a shame to miss to visit some beautiful destinations just because of the toilets that may cause you some inconvenience. Plus, they won’t bother you so much if you prepare well in time. I have checked it! 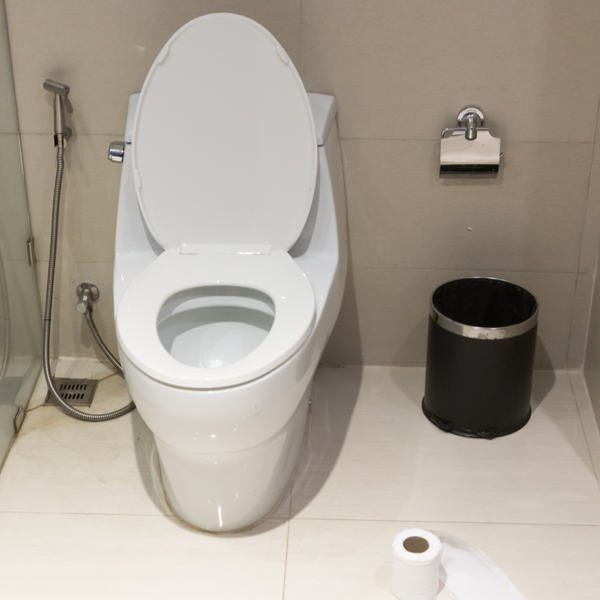 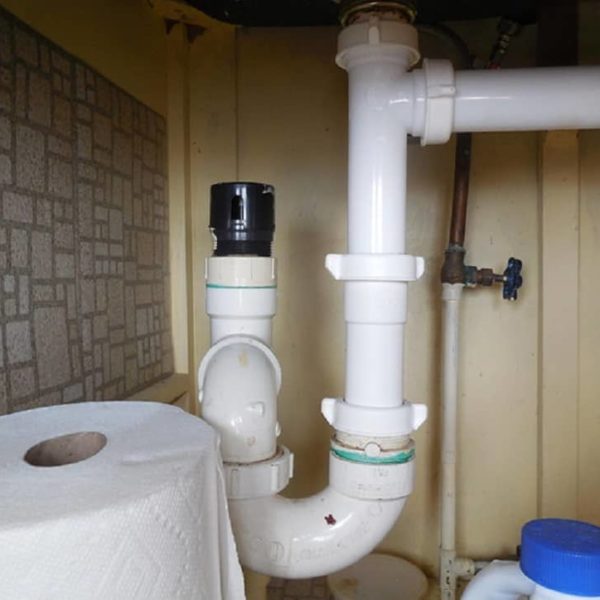 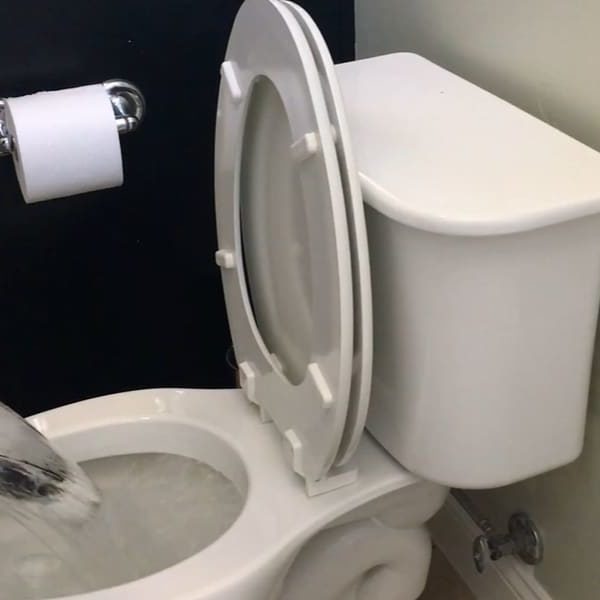 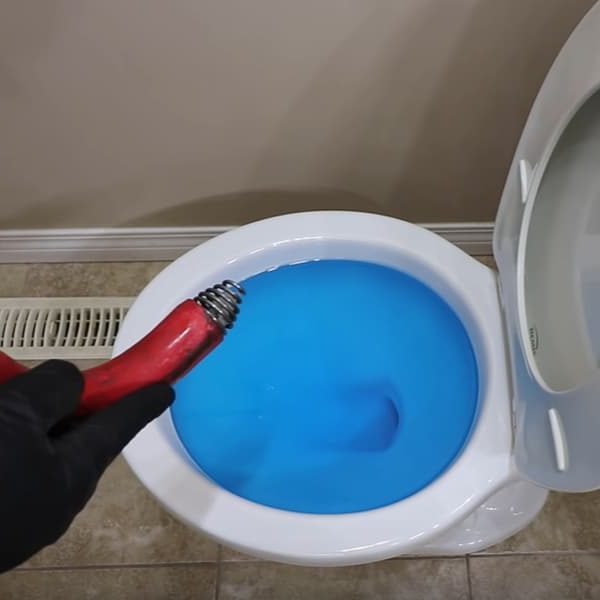